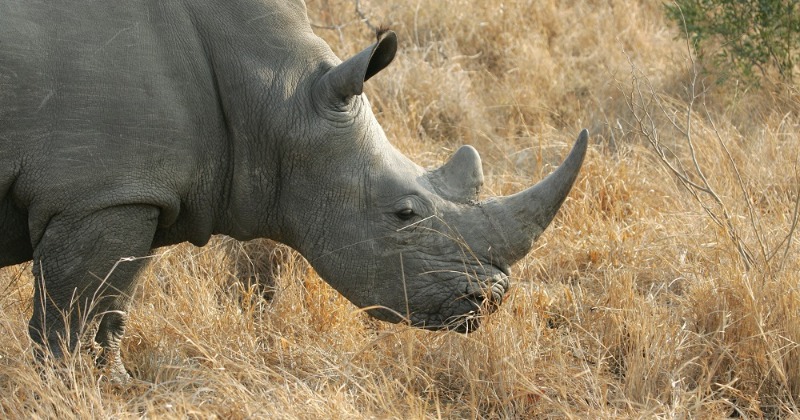 The World Bank has announced that it has launched the world’s first Wildlife Conservation Bond (WCB), generating $150 million to boost initiatives to breed endangered black rhino species in South Africa.

The bank said the 5-year ‘rhino bond’ would pay holders based on the rate of expansion of the black rhino population in South Africa’s Addo Elephant National Park (AENP) and game reserve. of the Great Fish River (GFRNR).

The World Bank said in a statement that “the WCB is a unique, results-based financial tool that guides investments to achieve conservation goals – assessed in this situation by an increase in black rhino numbers.” .

Rhinos are thought to have been an umbrella species that help shape vast ecosystems upon which countless other species depend. WCB investors, also identified as the “Rhino Bond”, continue to support funding policies to maintain and expand an endangered species with clear conservation goals, directly contributing to biodiversity and creating conservation related jobs in an unserved and remote area of ​​South Africa.

The WCB will not pay any coupons to its investors. Instead, the borrower will make conservation contributions of approximately US$10 million to support rhino conservation efforts at AENP and GFRNR. The South African National Parks manage the AENP, while the Eastern Cape Parks and Tourism Agency manages the GFRNR.

Authorities, companies and organizations release these bonds to finance funds at reduced rates compared to commercial loans for various purposes.

The investor would receive a success payment at maturity, paid by IBRD with money offered by a performance-based fund from the Global Environment Facility (GEF), in addition to the primary redemption of the bond , whether the bond is likely to succeed, as assessed by annual growth in rhino numbers, independently calculated by Conservation Alpha and verified by the Zoological Society of London.

It is a new way of conserving finance, in which identified risks are passed on to financial market participants, and donors are able to pay for the benefits of conservation.

“This bond will provide a significant boost to funding for the Great Fish River Nature Reserve, which is critical to scaling up initiatives to conserve and grow our rhino species in numbers while benefiting local communities and the economy.” According to CNBCTV18, ECPTA CEO Vuyani Dayimani said, “The financial support will help recruit and train additional staff, strengthen national and regional coordination, as well as improve equipment, infrastructure and technology. “.

Addo is a 1,640 square kilometer reserve and Great Fish is a 450 square kilometer sanctuary. Both are operated by the South African authorities and are located in the Eastern Cape region of South Africa. The World Bank may issue additional bonds for conservation programs in Kenya and for other species such as lions, tigers, gorillas and orangutans if the current bond and program appear to be successful.

Experts say rhinos are poached, mainly due to demand in Vietnam and China for the particles extracted from their horns, which are believed to cure cancer and boost virility. Great Fish is a 450 square kilometer park, while Addo is a 1,640 square kilometer (633 sq mi) sanctuary. Both are state-run and located in the Eastern Cape region of South Africa. For security reasons, the rhino population in the parks has not been released. They will receive a total of 152 million rand ($10.4 million).

As noted, according to the lenders, the remaining funds are deposited into a system that is used to finance a combination of environmental and social initiatives in World Bank member countries.

The number of black rhinos has increased from 65,000 in the 1970s to around 5,500 today. In their habitat, the species is thought to be very prone to extinction. According to the Zoological Society of London (ZSL), the most serious challenge to rhino populations is the hunt for the illegal trade in rhino horn products.

Although public opposition to hunting endangered wildlife and capturing their trophies is growing, the practice of African rhino hunting has a long history. It has, for the most part, helped rather than hindered conservation efforts.

This, experts say, is because, contrary to popular belief, culling a limited number of selected male rhinos can improve population demographics and genetic variety. It can also contribute to successful conservation, which is costly, by encouraging range expansion and generating considerable socio-economic benefits.

Legal hunting, experts say, helps rhino conservation both biologically and economically. Conservationists have found that maintaining high rhino population levels and investing in rhino protection on the ground are the most effective ways to combat hunting.

According to these experts, improving reproductive rates has a huge long-term impact. Most of the remaining African rhinos are found in fenced areas. When the area reaches its carrying capacity, their population growth begins to slow. Rhino conservators regularly transport rhinos to new areas to maintain high growth rates and expand their range. However, neither the donor area nor the recipient area desires an excessive number of males.

For various reasons, a higher percentage of male rhinos can stifle population expansion.

During the 19th and 20th centuries, unregulated and illegal hunting caused a significant decline in all rhinoceros species in Africa and Asia. However, beginning in the early 20th century, some rhinos began to benefit from the establishment of state protected areas.

Following management concerns about possible overpopulation in the park, many rhinos were moved to new sites in South Africa beginning in 1961. Recipients of these rhinos, on the other hand, preferred more females than males because this allowed faster reproduction. At the foundation, this resulted in skewed sex ratios. This problem was later solved by letting some males be moved and sold for controlled safari hunting.

Small-scale hunting of male rhinos and relocation of surplus rhinos to new populations have contributed to population increases and range expansion. It was eventually adopted throughout South Africa and Namibia before being expanded to include black rhinos.

For more news and current affairs from around the world, please visit Indetime News.