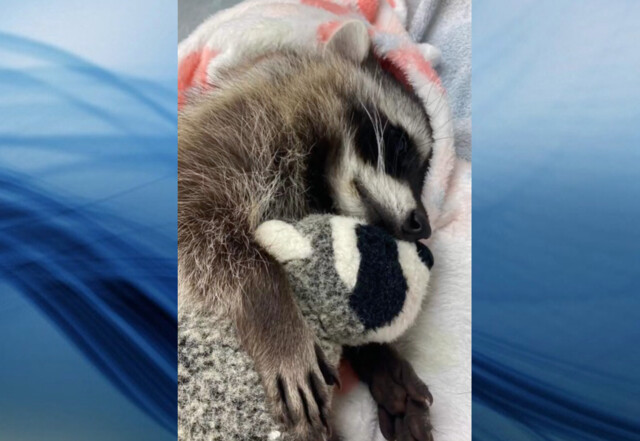 A baby raccoon from the Coldstream area has found a new home at BC Wildlife Park.

According to a Facebook post from BC Wildlife Park, a baby raccoon – now named Penelope – was found alone in the rain by a family in the Coldstream area. The family watched Penelope for a few days without interfering, before trying to introduce her to a nearby family of raccoons, the post said.

According to the BC Wildlife Park, the nearby family of raccoons were probably unrelated to her because they didn’t accept her, and soon after, Penelope was brought to the park’s health center.

Upon arrival, the animal park said Penelope was underweight and needed 24-hour care, bottles and socialization.

But Penelope wasn’t the only baby raccoon recently admitted to the Dallas facility. BC Wildlife Park said she quickly bonded with another young raccoon in the park’s care – a male named Simon.

According to the park, Simon and Penelope are now gaining weight, eating solid foods and becoming more adventurous. The pair are not currently on display to visitors, but the park said once the pair get a little stronger, they will slowly be introduced to Chester and Beatrice, two longtime resident raccoons at the park.