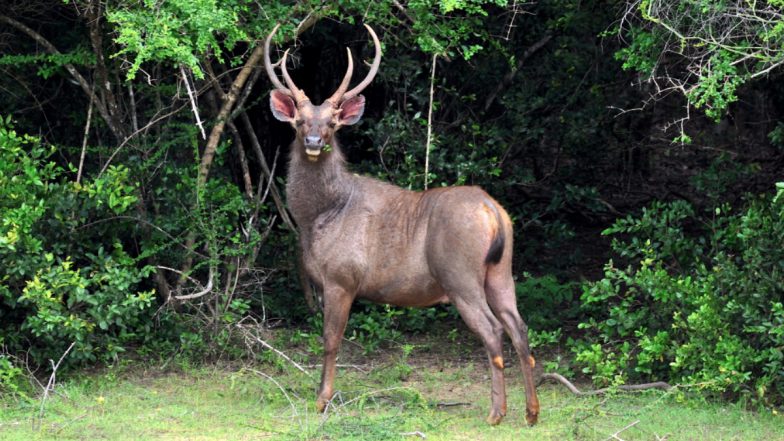 Calcutta, May 13: Zoological Survey of India (ZSI) scientists have reported the first photographic evidence of Sambar deer in the Pangolakha Wildlife Sanctuary and adjacent area of ​​East Sikkim.

Photographs of the animal were captured “by our camera traps placed at two locations”, ZSI director Dr Dhriti Banerjee said. Sambar is one of the largest deer belonging to the Cervidae family. It is seen in India, Sri Lanka, Nepal, Bhutan and southern China.

The study opened up new avenues for further population monitoring and habitat protection in and around the PWLS, Banerjee said.

Two of the 76 cameras used in the exercise captured photos of Sambar individuals and those of a female and a fawn.

The photographs were taken in April-May 2019. Gathering and cross-checking evidence took time to flag the case, Banerjee said.

(This is an unedited and auto-generated story from syndicated newsfeed, LatestLY staff may not have edited or edited the body of the content)