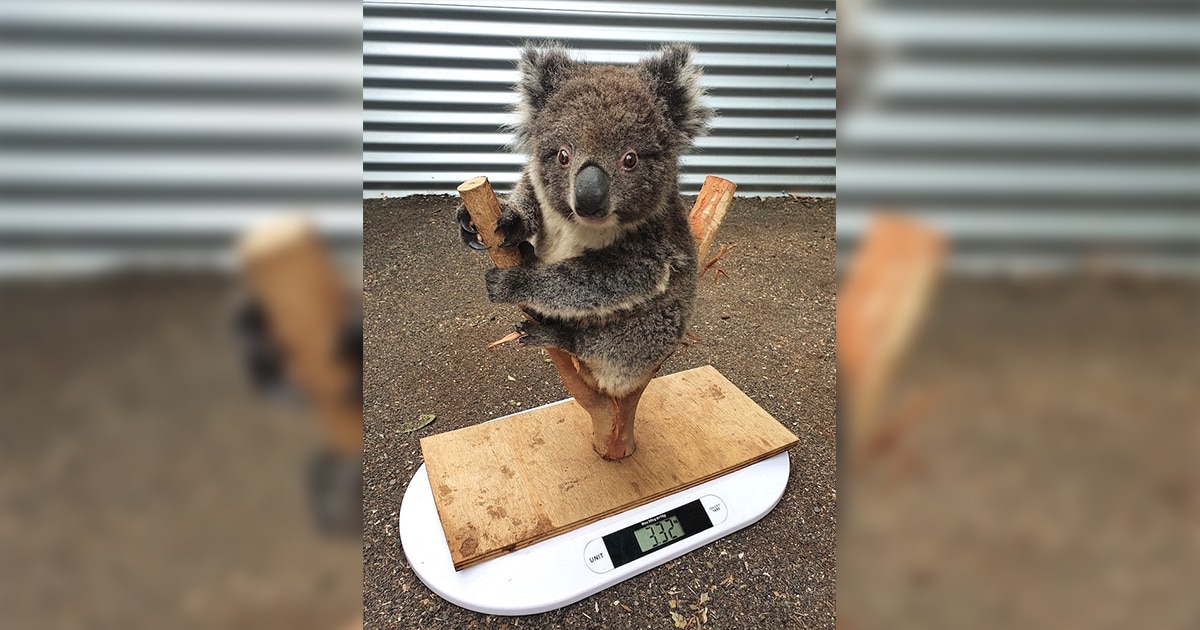 If you’re a pet owner, you probably know how much your dog or cat hates the vet. Our furry friends often don’t stay seated while undergoing necessary examinations, unless of course they are offered a distraction. This is also the case for other types of animals, including koalas. Wardens at Kangaroo Island Wildlife Park in Duncan, South Australia, recently revealed their trick to making a baby koala stay still while they weigh it.

The adorable photo shows a little joey on some scales. However, rather than just laying him down on the cold surface, the stick allowed him to cling to a branch attached to the scale. This is how the koala feels more relaxed, like it’s just hanging out in a tree. The clever idea allows wildlife park staff to take an accurate reading of the koala’s weight, without it squirming.

Keeping the koala still long enough to weigh is vital to its development. Kangaroo Island Wildlife Park explains, “Regular weighing of koalas, especially joeys, is important to ensure they stay healthy, gain weight and maintain it.

Check out the adorable image below, along with other photos of cute koalas from Kangaroo Island Wildlife Park.

Staff at Kangaroo Island Wildlife Park in Australia reveal how they weigh their baby koalas.

The branch on the scale mimics the environment in which koalas feel most comfortable.

This adorable video on Reddit shows how it’s done.

First koalas injured in Australian bushfires are released into the wild

Koalas are ‘functionally extinct’ due to devastating Australian bushfires