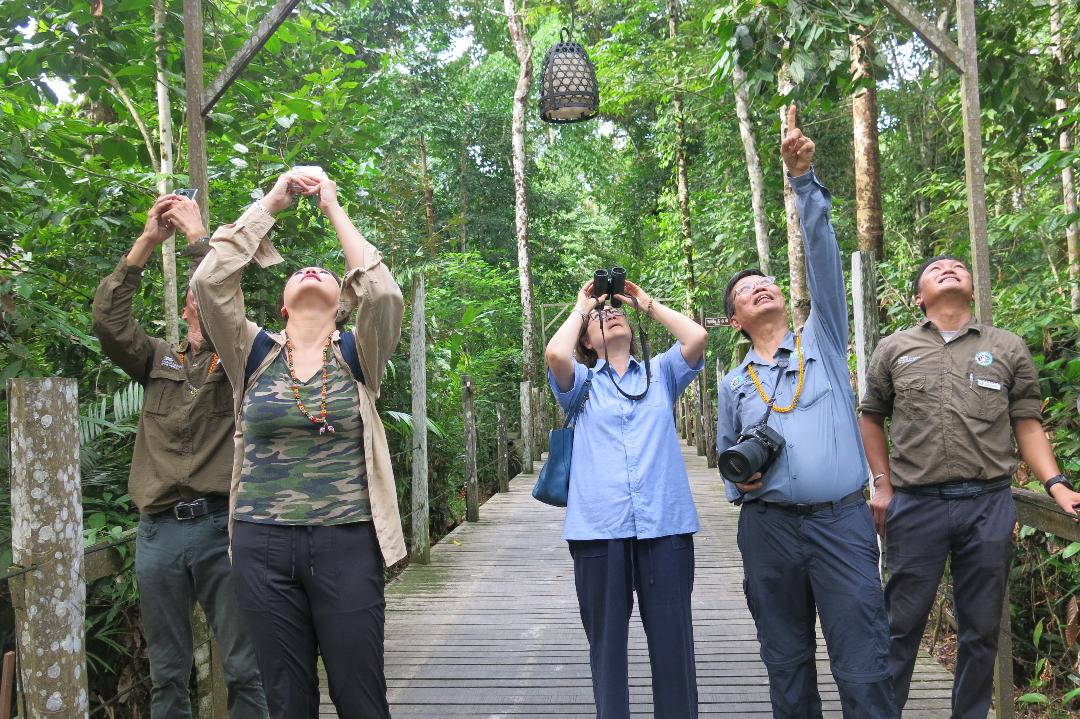 KOTA KINABALU: The Lower Kinabatangan Wildlife Conservation Project is on the cards for sustainable ecotourism and the creation of the much anticipated Wildlife Food Corridor.

It was brought up by Chief Deputy Minister Datuk Christina Liew during a recent meeting with senior officials from the Ministry of Tourism, Culture and Environment (KePKAS), Sabah Wildlife Department (SWD) and non-governmental organizations (NGOs).

She said the plan will be more than the state’s 10-year elephant action plan (2020-2029) that was approved by the government in February this year, as it will also encompass the conservation of the orang -utan, the proboscis monkey and other species of animals.

Liew, who is also Minister of Tourism, Culture and Environment, wants the Kinabatangan Wildlife Sanctuary Wildlife Food Corridor Project (covering an area of â€‹â€‹27,000 hectares of forest) to soon become a reality.

â€œIt is high time to take positive action. We need to start planting food for wildlife now. We cannot afford to delay.

â€œThe Kinabatangan Wildlife Sanctuary is a great natural asset and an ecotourism hotspot that must be protected and conserved for tourism operators, the local community and for posterity. â€œEqually important is the need to reduce the conflict that prevails between humans and elephants. With the Wildlife Food Corridor in place, this will prevent elephants from encroaching on oil palm plantations and destroying crops, â€she said.

Liew also wants the role of non-governmental organizations (NGOs) in conservation efforts, such as KiTA and WWF-Malaysia, to be incorporated into the master plan. â€œWe will seek the active participation of relevant NGOs in the cultivation of a variety of foods in the wildlife food corridor, for example, Napier grass (elephants), figs (elephants) and bananas (orangutan ). “

The permanent secretary of the ministry, Dr Jamili Nais, assured the minister that the first draft of the plan will be ready by the beginning of September this year. Contribution will also be provided by SWD Director Augustine Tuuga.

â€œI understand that the main countries (in terms of tourist arrivals in Sukau) are the UK and Australia, among others.

“They are ready to travel thousands of kilometers just to see the pygmy elephant and the orangutan,” she said.

â€œInevitably, this will kill the ecotourism industry in Sabah. The bridge will limit the movement of elephants, while the area’s orangutan habitat will disappear. If that happens, no tourist will want to come to Sabah to visit the wildlife sanctuary, â€the duo said.

According to Yee, tourism receipts for the Kinabatangan destination exceeded 100 million ringgit per year before the Movement Control Ordinance (MCO).

Meanwhile, Yee shared samples of personal hygiene kits with the minister and others at the meeting.

Each pack consists of a face mask, a hand wipe, and a non-plastic bottle for filling purposes.

He said KiTA member lodges will give these packs to their frontline guests (Sandakan police and medical staff) when they stay in the lodges on August 1 in an effort to boost domestic tourism.