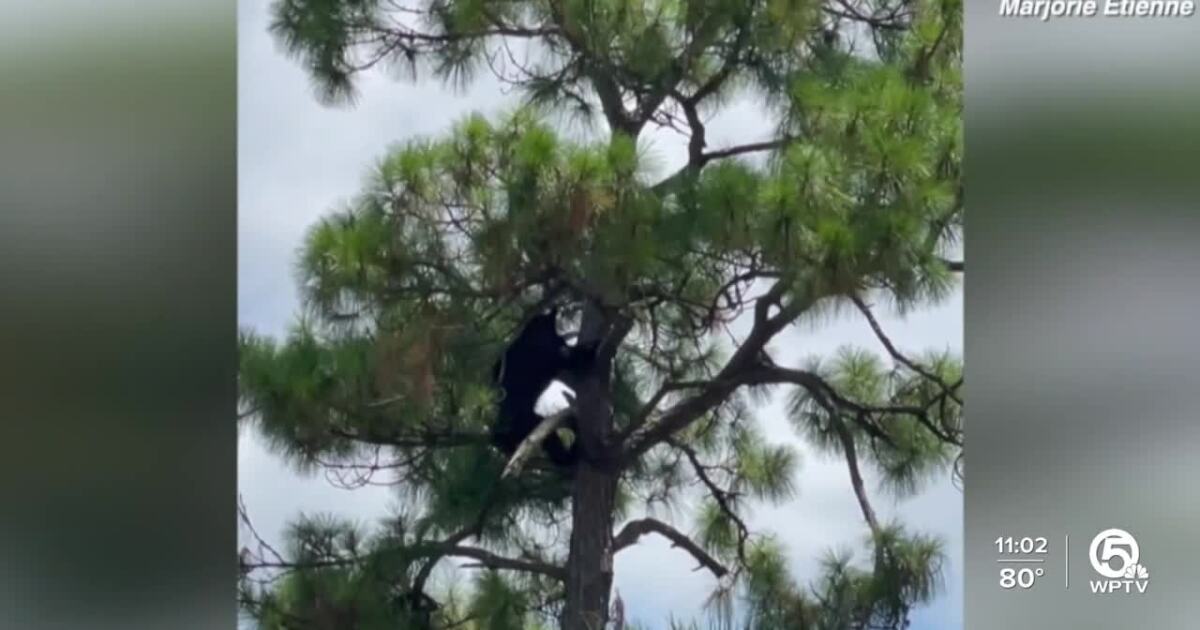 ROYAL PALM BEACH, Fla. — Residents of Royal Palm Beach said a bear sighting shouldn’t come as a surprise, depending on where they live. But they also said they wanted Saturday incident had not arrived.

“I was called by a neighbor,” Fred DeBisciglia said.

He said the neighbor told him to stay inside last Saturday because of a 300-pound black bear wandering the neighborhood.

“I finally saw the bear myself,” he said. “As I was talking on the phone, he came through my channel.”

DeBisciglia said that in the four years he lived in the Royal Palm Beach area, he hadn’t seen any bears in the community and said he was not afraid.

“It wasn’t surprising, just because we live near Loxahatchee, which is a country,” he said.

According to the Florida Fish and Wildlife Conservation Commission, the 2014-15 bear population estimate for South Florida was just over a thousand, making it a 49% increase from 2002. .

Florida residents are learning to co-exist with bears as their habitat is taken over for development.

“You look at Florida and the number of people moving into the area and obviously that displaces wildlife,” said Amy Kight of Busch Wildlife Sanctuary.

She said bears are known to roam.

DeBisciglia said he was troubled by Saturday’s result which ended with the bear being shot by sheriff’s deputies.

“The only feeling is that we understand it’s dead and we feel bad about it,” he said.

According to the Palm Beach County Sheriff’s Office, the bear was shot on Saturday as he had nowhere to roam safely and deputies feared the bear was wandering into residential communities and obstructing traffic. An FWC spokeswoman said Saturday’s incident was being investigated.

Africans urged to take an interest in wildlife conservation