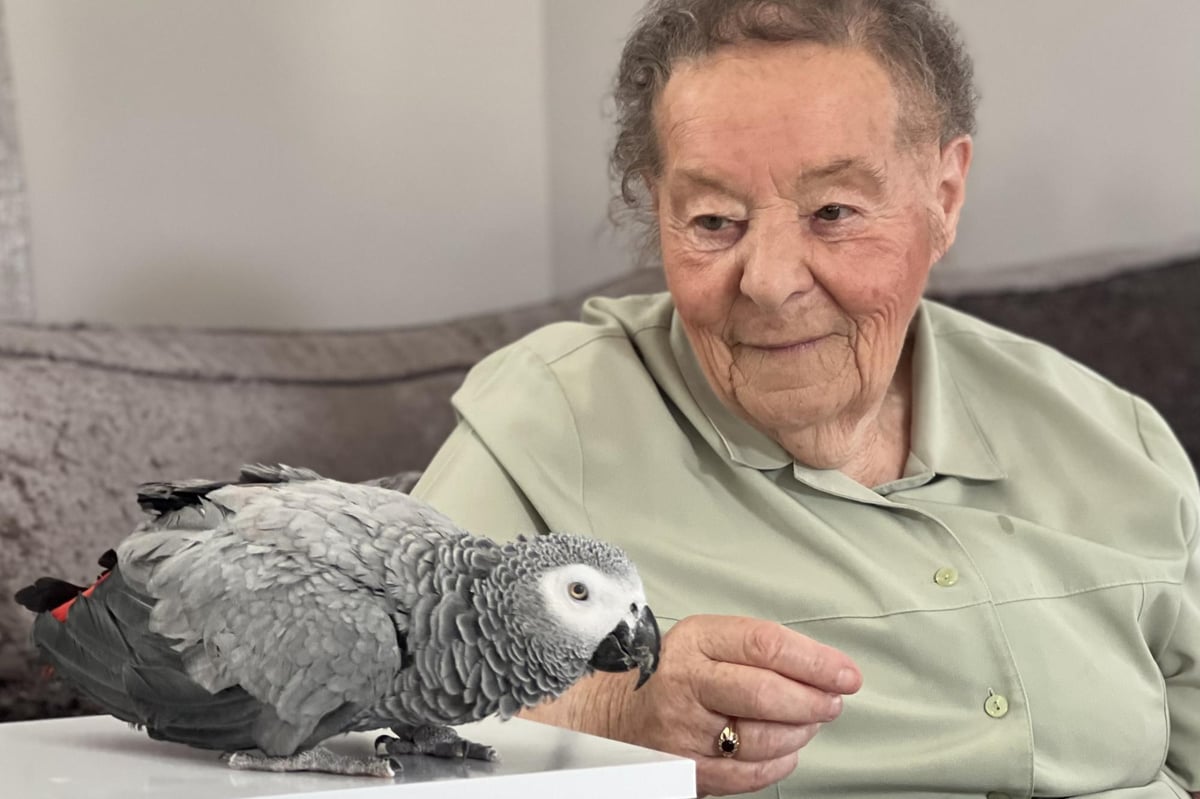 By Anne S. Brumbelow On Aug 24, 2022
Share
The late Doris Johnson pictured with her parrot Pepe.

The park, located in Friskney, launched the Doris Johnson Foundation earlier this month “to provide peace of mind to parrot owners who are not yet ready to rehome their bird, but would like something in place if they are no longer able to take care of themselves.”

Parrots are intelligent birds and often suffer emotionally after losing their owners – so they need the support of a park specialist who has years of experience caring for birds. The site was previously called The Parrot Zoo – until it became a wildlife park several years ago.

The charity, The Parrot Zoo Trust, was established in the early 1990s and opened in 2003 for the re-housing of parrots and parakeets to live a rewarding and natural lifestyle, from owners who decided their pets needed more than they could provide.

A park spokesperson said: ‘The number of calls from governing bodies, rescues, neighbors or family members who have experienced the sudden death of a parrot owner and are unsure how to s caring for the parrot left behind has become a growing concern.

“The foundation came after a wonderful elderly lady named Doris Johnson left behind her beloved parrot Pepe after she passed away; but had a plan for him to be relocated to the sanctuary in his will. She had no family capable of caring for Pepe, so she found herself in the predicament of not knowing what would happen to her when she was gone. Could he have entered a bad environment? Would they know how to take care of him properly? This special lady’s emergency plan led us to the creation of the foundation, to help answer these questions.

“On top of that, membership is completely free, providing another huge weight in the minds of parrot owners in today’s climate of rising cost of living.”

Since the Doris Foundation announcement, Lincs Wildlife Park says it has already received a large number of calls and emails asking for membership packs.

The center is now recognized as one of the world leaders in the repatriation of parrots and has the largest collection of Bengal tigers in Europe. The park also launched the National Turtle Sanctuary in 2019, to provide long-term care for freshwater turtles and terrapins, often found abandoned in waterways. It is now home to more than 400 rehabilitated turtles.