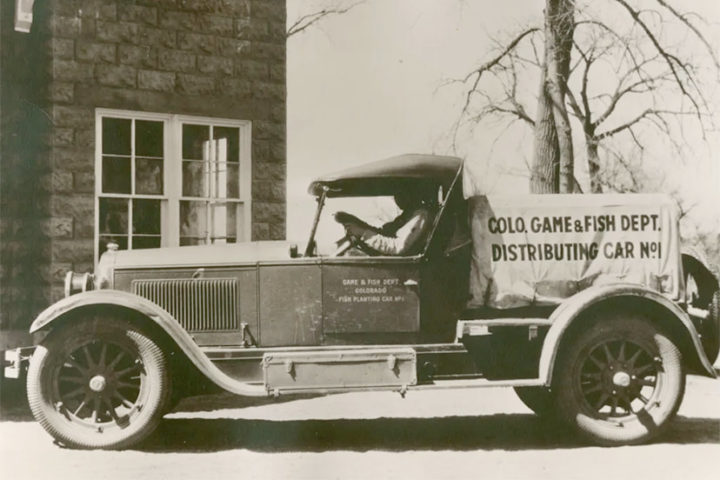 2022 is going to be a big year for Colorado’s parks and wildlife. It represents the 125th anniversary of the first state agency created to conserve wildlife in Colorado.

In 1897, the ancestor body of the CPW – the Department of Forestry, Game and Fisheries – was established. However, the Coloradans can trace their roots in wildlife conservation many years earlier, to the first position of “Fish Commissioner” which existed from 1877 to 1892. The position became “State Commissioner of Fish and game warden” from 1893 to 1896.

In 1968, lawmakers transformed the department into a division within the Colorado Department of Natural Resources. In 2011, the Division of Wildlife merged with Colorado State Parks to create Modern Colorado Parks and Wildlife.

It turns out that 1897 was a watershed year in wildlife conservation in many ways, as the new department published its first three informational pamphlets listing hunting seasons, hunting laws and fines in case of violation.

It also saw the appointment of the first superintendent of fish hatcheries. And that same year, Colorado declared all wild birds, animals, and fish the exclusive property of the state.

CPW grew from this one-man operation in 1877 to a vibrant agency of approximately 900 wildlife officers, park rangers, aquatic and terrestrial biologists, and researchers (all with college degrees in biology and science) operating on an annual budget of $200 million and managing 43 state parks.

Why is all this important? CPW Director Dan Prenzlow believes it’s important that we remember — and the 5.7 million people who live in Colorado — why we do what we do.

“This 125th anniversary is an opportunity to shine a light on Colorado Parks and Wildlife’s mission to perpetuate the state’s wildlife resources and provide quality parks,” Prenzlow said. “And it will show our dedication to educating and inspiring future generations to become stewards of our natural resources.”

“It’s especially important to tell these stories now because we have so many newcomers to Colorado who have no idea about our history,” Prenzlow said. “They don’t know how difficult it has been to preserve our big game, small game, native aquatic species and balance wildlife needs with available habitat in the face of increasing pressure from human development.”

Thank you for your support…and we look forward to celebrating with you!