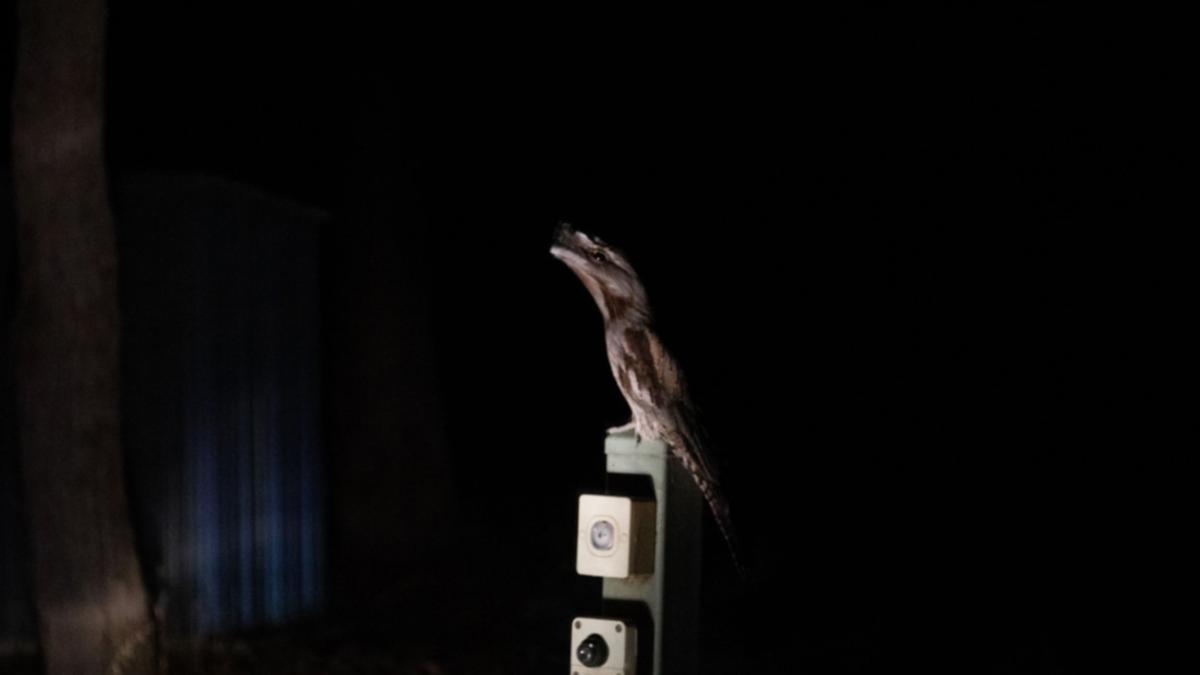 We were waiting to leave when the tawny frog mouth appeared just above the post that had the button we had to press to open the door.

The frogmouth had transformed from its usual owl form into a defensive branch-like bird. It was the type of encounter my partner and I had hoped for when we did the spotlight tour at Karakamia Wildlife Sanctuary.

Tour guide and conservationist Mark Bundock told us to wait because the mouth frog had a sharp beak. It was an unforgettable end to the tour, and after a photo or two, we walked out the door with smiles on our faces.

The wildlife in our backyard can go unnoticed; how well do we know what roams the bush? According to the Department of Biodiversity, Conservation and Attractions, 50% of Australia’s threatened mammals are found in Western Australia, along with threatened birds, fish, reptiles and frogs.

On the spotlight tour which started at 5pm just an hour’s drive from the city of Perth, we saw two common brush-tailed opossums, five quendas, 17 woylies and 59 tammar wallabies.

Among the jarrah, marri and wandoo trees, everyone stood in silence, ears open and ready for any sound that might alert us to what we were about to see. The crunched leaves generated strong echoes throughout the bush, my heart pounding with anticipation.

Loud creaking noises were a giveaway we had come across on a quenda. The adorable endangered small mammals make the loudest sound of any animal we saw on the tour.

The narrow nose and small, rounded body continued to forage among the leaves undisturbed by the seven of us on the tour.

Australian Wildlife Conservancy, the largest private owner and manager of conservation land in Australia, owns and manages the Karakamia Wildlife Sanctuary as part of a mission to protect over 12.9 million wildlife hectares in areas such as Kimberley, Cape York, Kati Thanda-Lake Eyre and the Top End.

Standing in a pen, in the dark, we struggled to see anything beyond the stars above. Suddenly Mark turned on his spotlight to reveal that we were surrounded by small pairs of eyes staring at us. The number of animals amazed everyone.

There are around 20 wildlife sanctuaries in Western Australia, most of which are open to the public. Wildlife conservation volunteer and student Shannon Vagg says if tourists don’t know about these endangered animals, they’re less likely to care.

“Would you care about a native animal if you hadn’t seen it yourself? she asks.

“I feel like I’m doing something, I helped save an animal’s life,” she says.

“Cockatoos, I have a new appreciation for birds working at Kanyana, you sit on the ground, and they sit on your leg and rest their head,” she says. “They are so friendly and interactive; you don’t think they are like that.

When visiting a park, there are seven principles to consider which are recommended by Leave No Trace Australia:

“By exploring these parks, a tourist might find a deep passion for helping these animals,” Shannon says. “You should see the wildlife, admire it and witness all that Western Australia has to offer.”

This tip came to mind throughout the tour as I saw creatures I hadn’t been interested in before.

“Most people want to go to Africa to see the ‘big five’. We don’t have the big five here, but when you come here most people see animals they don’t know exist,” Mark says.

“We can walk around because nothing is going to kill us in these shrines. Tourists say, ‘Wow, that was amazing’ – that’s the feeling they leave with.”