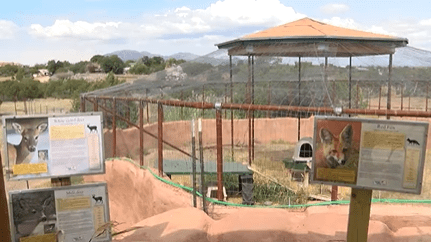 Edgewood Wildlife Park is home to baby foxes and antelopes

EDGEWOOD, NM (KRQE) – There are two new very small residents at Wildlife West Nature Park in Edgewood. The rescue ended up caring for two young animals that cannot be put back into the wild due to the actions of humans.

Foxie, a six-month-old red fox, and Thunder, a four-month-old American antelope, are the park’s latest rescues. â€œThey have the rest of their lives to nurture, nurture and love here. And they all have open area habitats, â€says Roger Alink, founder of Wildlife West Nature Park.

Foxie was kept as a pet in an apartment in Grants, then released into the compound to fend for herself before being confiscated by the New Mexico Department of Hunt and Fish.

Thunder was found near Estancia when she was a newborn and had already become accustomed to humans, so she could not be released back into the wild.

The 120-acre Wildlife West Nature Park allows visitors to see wildlife up close while learning about it. The park is also home to four gray foxes, sister cougars, Zia and True, as well as Koshari, a 500-pound black bear.

They all live in open area habitats and the volunteers keep them on a strict diet. â€œWe don’t let them run because it would be dangerous for the animal and people, but they all have nice spots in natural substrates. So natural grasses and soil and trees, â€says Alink.

Park officials say fall is a great time to visit the park because the weather is cooler and the animals are more active. The natural park is open to the public all year round. Masks are optional outside and there is plenty of space for social distancing. The park operates entirely through donations. Fall hours begin November 7 and are open from noon to 4 p.m.