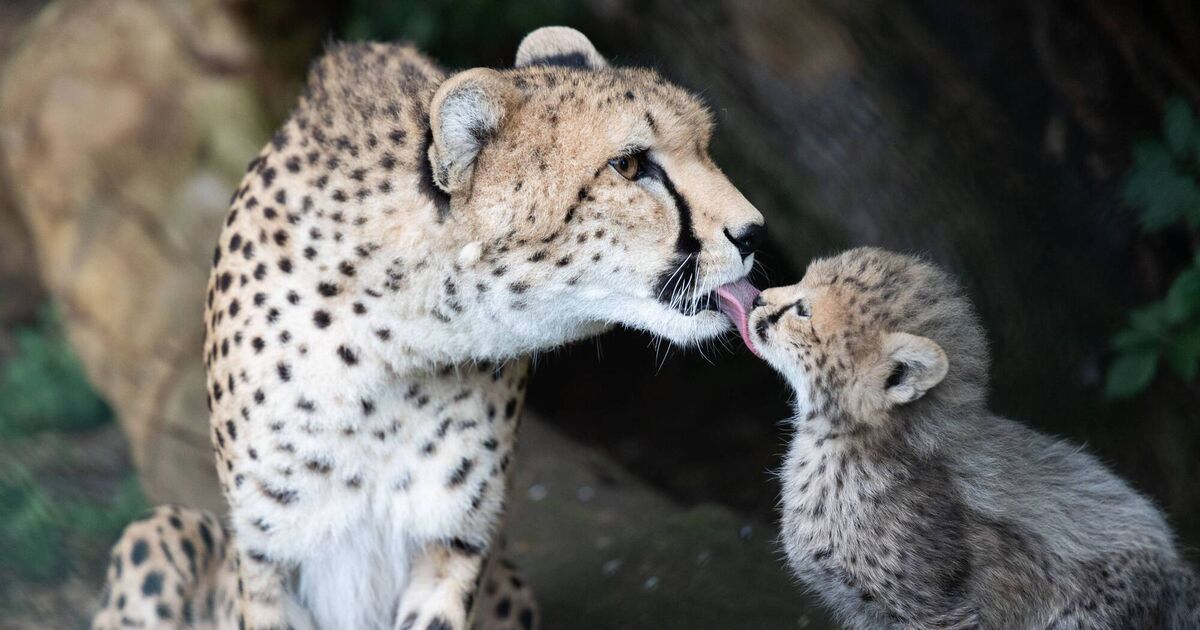 Five new northern cheetah cubs have been born in Fota to parents Grainne and Archie, the wildlife park confirmed today.

The three females and two males were born on August 10 and enjoy spending their days playing with their mother in their leafy Cheetah Hill home. Grainne, who gave birth to the cubs, is four years old and was born in the animal park of Fota. Having already given birth to a litter of three cubs on Saint Patrick’s Day last year, 12-year-old Archie is a dad for the first time.

The cheetah is the fastest land animal in the world today and is also the oldest of our living big cat species. Head of the rangers, Julien Fonteneau says he is delighted to see the bear cubs born.

“Personally, this is the first time I have witnessed the birth of such a large litter. Five cubs are certainly very rare. I am delighted to say that they are all thriving,” he said. declared.

“The cubs are very active and it’s a pleasure to see them every day, at the top of their habitat, playing and teasing their mother Grainne, who seems to take it all in stride. We ask the public to vote for nominate the bear cubs via an online form on our blog for a chance to win one of five Conservation annual passes.

With less than 800 northern cheetahs left in the wild, they are an endangered species and 238 cheetahs have been born at Fota Wildlife Park since 1984. Fonteneau says their birth shows the public the work being done by organizations like the Fota Animal Park, which is a conservation and education charity, to protect endangered species.

“Every year, wild cheetah populations are increasingly threatened with extinction by habitat destruction and human persecution,” he says.

“These births are a great way to educate the public about the collaborative work that zoos are doing under the auspices of EAZA (European Association of Zoos and Aquaria) breeding programs to conserve the genetic diversity of endangered and vulnerable species, such as the cheetah.

“For example, the cubs’ father, Archie, was transferred to Fota Wildlife Park from a Dubai Zoo to participate in the EEP here in Fota. The cheetah is synonymous with Fota Wildlife Park, the image of the species is used in our logo and our director, Sean McKeown, coordinates the studbook for breeding the captive population of northern cheetahs in European zoos.

In recent weeks, the Fota Wildlife Park, which is open every day from 9:30 a.m., received an anonymous donation of €25,000, which will be devoted to the breeding and welfare of the animals in its care.