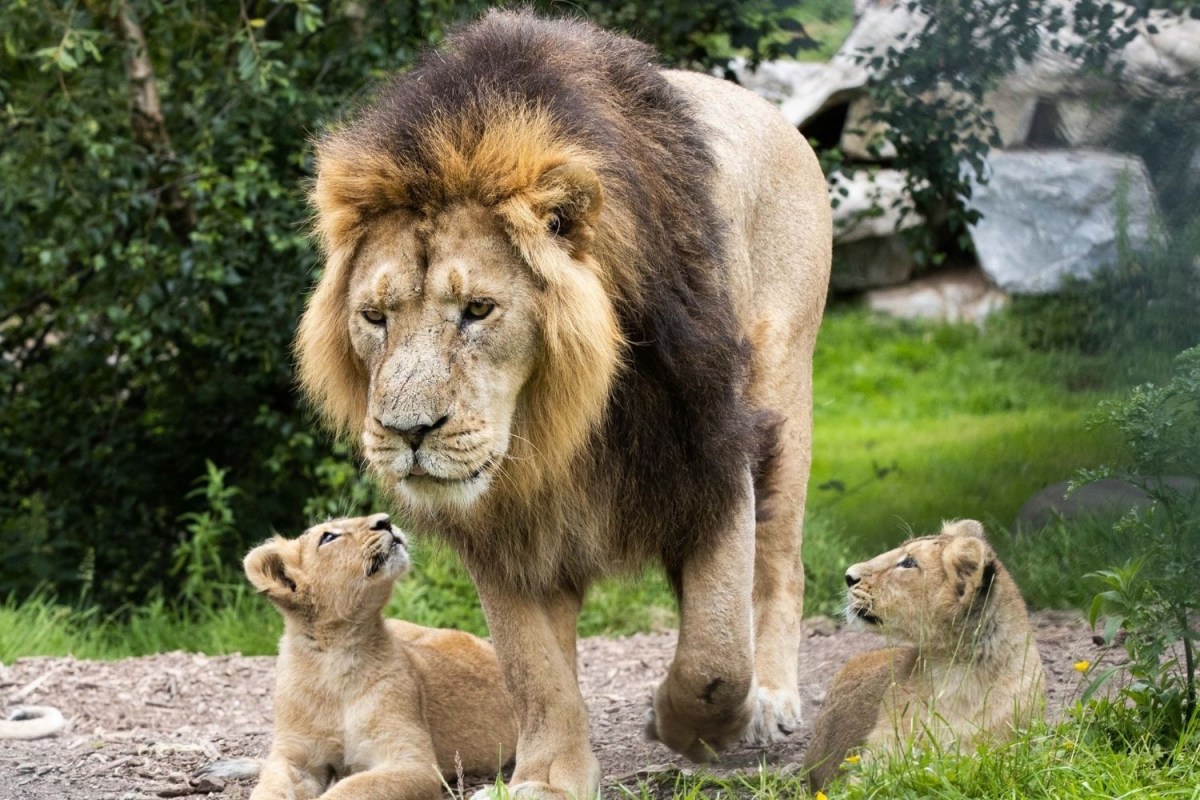 A POPULAR wildlife park in Co Cork has announced it is ‘heartbroken’ over the death of a rare lion who died of a ‘short, incurable illness’.

The devastated team said Shanto, the fan-favorite Asiatic lion, was put to sleep last month after his condition deteriorated.

And the big cat was confirmed to have kidney failure following an autopsy, leaving Fota staff to miss its “majesty roars”.

In a statement, they said: “Fota Wildlife Park is heartbroken to announce the death of Asiatic lion, Shanto, after a short, incurable illness.

“Despite all attempts by the veterinary team, his condition deteriorated and the very difficult decision was made to put him to sleep on February 23.

“The diagnosis of kidney failure was confirmed at autopsy.”

Currently, only 674 Asiatic lions live in the wild and are found only in the western Indian state of Gujarat.

They are smaller than their cousins, the African lions.

Ten-year-old Shanto had arrived at the park from Spain’s Santillana Zoo in 2016 and was the park’s only male lion.

Most read in The Irish Sun

He said: “It’s hard to describe how stunned and shocked the team here at Fota is at the loss of our beloved Shanto.

“It was devastating to see such a powerful and dignified animal succumb to disease in such a short time.

“It was hugely popular with visitors and was definitely a highlight of their visit.”

He added: “Shanto was very interactive and curious, and Fota Wildlife Park has been such a quiet place since he got sick.

“His majestic roars are all sorely missed every day, and it’s such a much calmer place without him.”

Visitors to the popular Cork Wildlife Sanctuary rushed to the comments to express their condolences.

One person said: “Condolences to all the keepers and to Fota for the death of their beloved lion.

“He was a beautiful and incredible animal. I will miss him because he was always in his enclosure.”

Another person commented: “I’m so sorry to see this. I heard him give a good roar a few times and it was hair-raising. Thinking of all the staff.”

While another said: “Sad to hear this heartbreaking news. We have been on many trips to Fota and have seen Shanto look and sound so majestic. His favorite place seemed to be at the top of the waterfall.

“One thing I have always commented on is how healthy and content all the animals look. The care he received during his stay with you was fantastic.

“No doubt one of the workers involved in his care left as much impression on his heart as he did on yours. He will be sorely missed.”