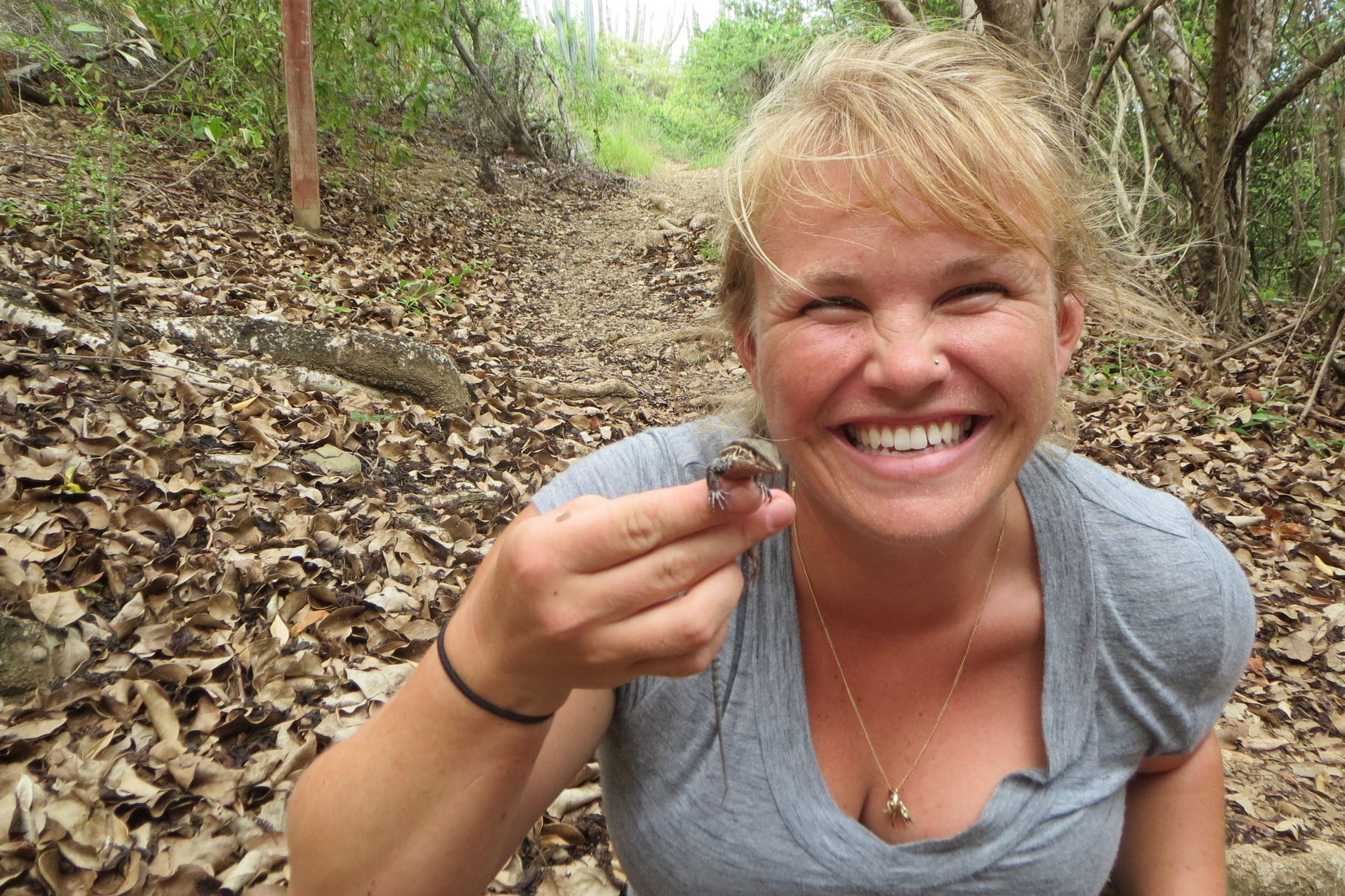 When the territory’s Director of Fish and Wildlife recently won a national award, she felt honored. But director Nicole Angeli said without the community partners, the Mark Reeff Prize would not have made its way to the Virgin Islands.

Angeli was named the 2022 recipient when the Association of Fish and Wildlife Agencies met in Texas in mid-September. The winning nominees are honored for the achievements they made in preserving natural resources early in their careers as conservationists.

Association leaders said sometimes it takes a creative approach to make progress. Angeli, who became director of Fish and Wildlife in 2018, said she wanted to bring VI agencies and nonprofits together to tackle local conservation goals.

Angeli said her personal experience with grant-funded conservation projects before taking on the leadership role gave her some familiarity with how the process works.

“I worked here for many years before coming (to the Department of Planning and Natural Resources), although my work was funded by federal and private grants through Texas A&M, the Smithsonian, and the USGS. These jobs gave me an idea of ​​the funding network available to state fish and wildlife agencies in the United States, and it was informative to see where (Fish and Wildlife) worked and all the opportunities for l future,” Angeli said. .

In East St. John, Sharon Coldren says the collaboration between Fish and Wildlife and the Coral Bay Community Council is just taking shape.

“We will be talking to the shoreline landowners to see if they are interested in participating in a joint project to have a small terrace for the use of passing boaters adjoining their land. We will work on it next year. It depends on what the community wants us to do,” Coldren said.

At the nonprofit arm of Coral World, veterinary technician Erica Palmer says Fish and Wildlife has supported their efforts to save sea turtles and other marine animals.

Angeli said these and other collaborations have made natural resource conservation work possible. They also gained support from the DPNR, which increased the staff of Fish and Wildlife.

“Dr. Angeli has served as Director of the Fish and Wildlife Division since 2018. During that time, she has significantly increased the budget and scope of the division with new funding opportunities from the Department of Interior and from the Environmental Protection Agency that were never allocated to the division, and at the same time, it has more than tripled the permanent staff of the division,” said Jean-Pierre Oriol, commissioner of the DPNR.

Oriol released a statement congratulating Angeli shortly after the association announced its recipient of the 2022 Mark Reeff Award.

Going forward, Angeli says there is a chance to advance the division from one entity that conserves the environment to one that restores what has been lost to the local environment.

“I have not lost the honor I have of leading a Fish and Wildlife Agency at such a young age and the unusual opportunity to stand on the national stage that the Association of Fish and Wildlife Agencies wildlife has convened for over 120 years to accept this award for young professionals in memory of the service of Mark Reeff,” she said.