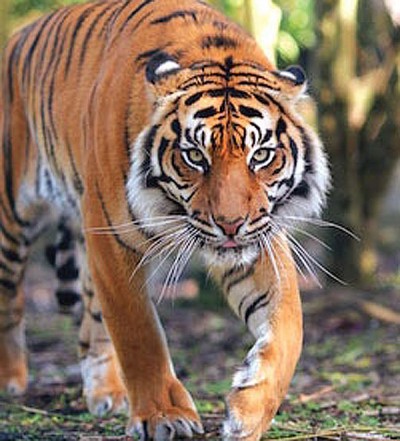 In 2018, wildlife tourism directly contributed $ 120.1 billion to global GDP, compared to $ 23 billion in revenue attributed to the illegal wildlife trade, or 5.2 times more, according to a new study by World Travel & Tourism Council (WTTC).

This includes observing and experiencing animals in their natural habitat, which accounted for 4.4% of all direct tourism GDP last year and directly provided 9.1 million jobs globally.

Published on the occasion of World Elephant Day, the study shows that the total economic contribution of wildlife tourism amounts to US $ 343.6 billion, the equivalent of the entire economy. from Hong Kong.

Asia-Pacific is the largest regional market valued at US $ 53.3 billion in direct GDP and responsible for 4.5 million jobs. In second place is Africa, where 3.6 million people are employed in wildlife tourism, which amounted to $ 29.3 billion last year.

Commenting on the publication of this research, which falls on World Elephant Day, WTTC President and CEO Gloria Guevara said that “our message to tourism businesses, employees and visitors around the world whole is that the fauna is worth much more alive than dead.

“Wildlife tourism is a wealthy segment of the industry, showing how our precious species can rightfully enrich tourism businesses without being harmed. In fact, the wildlife tourism market is so strong – worth five times as much as the illegal trade – that it is a strong incentive for communities to protect and show animals to the world rather than killing them for a one-time cash bonus. For years we have professed the role and value of travel and tourism in alleviating poverty, and wildlife tourism is a key part of that.

“With over 110 signatories to date, the WTTC Buenos Aires Declaration Against Illegal Wildlife Trade commits the travel industry to help end the scourge of wildlife trafficking globally, working together to responsibly inform the behavior of a billion travelers around the world. This new research strengthens the rationale for our work, demonstrating the power and potential of travel to displace such illicit activity. “

Highlights of the report include:

• Over a third of all direct tourism GDP across Africa in 2018 attributed to wildlife (36.3%)
• North America is the third largest wildlife tourism economy after Asia-Pacific and Africa, directly contributing US $ 13.5 billion to GDP last year
• 21.8 million jobs worldwide are supported by wildlife tourism, equivalent to the population of Sri Lanka
• Case studies on wildlife tourism and its value in Brazil, Germany, China, India, Kenya, South Africa, Tanzania, Thailand, UK and USA.

This research is one in a series of comprehensive WTTC reports analyzing the impact of various travel segments, the next focusing on medical tourism.

May 16, 2019 – The University of Queensland predicts that climate change could lead to the extinction of 26 species

September 25, 2015 – Animal tourism as a force for the conservation of biodiversity and local economies

Ask for a little favor
We hope you enjoy the news we publish so while you are here can we ask for your support?

The news we publish on www.ausleisure.com.au is independent, credible (we hope) and free to you, with no pay walls or annoying pop-up ads.

However, as an independent publisher, can we ask you to support us by subscribing to the print version? Australian Leisure Management magazine – if you don’t already.

How advisors can responsibly participate in wildlife tourism

The bad side of animal tourism