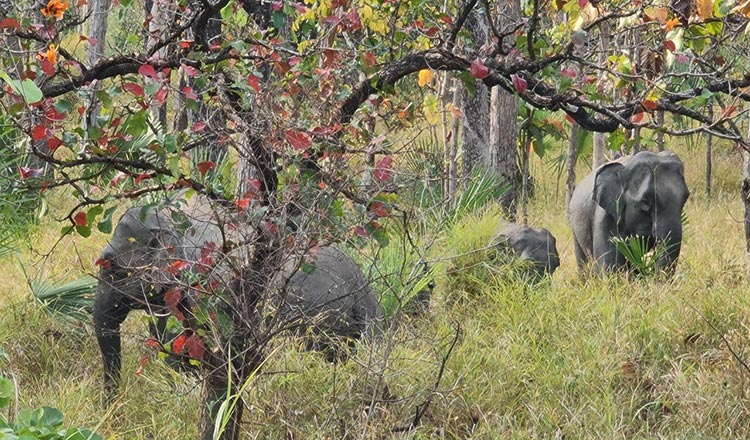 Governor of M’kiri proposes breeding areas and a zoo

The governor of Mondulkiri province has asked the authorities to rehabilitate at least 100 hectares of forest to increase the number of wild animals and establish a zoo to attract tourists.

It also offered legal hunting services similar to those seen in other countries.

In a meeting with rangers at the Sre Pok Wildlife Sanctuary on Sunday morning, Governor Thong Savun instructed sanctuary officials to explore the possibility of cooperating with partner organizations to establish breeding areas that could lead to the creation of a zoo for tourism.

Savun added that seeing the potential of natural resources in the sanctuary, he advised officials to redevelop at least 100 hectares of forest for the project and the possibility of introducing a legal hunting season.

“I would like to order the competent authorities of the five towns and districts (of Mondulkiri) to crack down on the illegal loggers, especially in all the sawmills, because without these tools they cannot destroy the fauna of the forest,” Savun said. .

Furthermore, he ordered the search for all those behind the clearing of forest lands with heavy machinery and punished the offenders according to law. In the past, only minor offenders were punished.

The director of the Mondulkiri provincial environment department, Keo Sopheak, said yesterday that he was studying the project of establishing a zoo and a wildlife breeding area with WWF and its partners, in particular to raise funds to start this project.

“Establishing a wildlife sanctuary and breeding area at Sre Pok Wildlife Sanctuary may take a long time to study in more detail and develop a workshop to explain the plan, especially the budget for establish the project,
he said.

Sopheak added that the sanctuary is currently home to a number of endangered species, particularly Asian elephants.

Sre Pok Wildlife Sanctuary Director Pen Pheaktra said on Sunday that the wildlife sanctuary was established by sub-decree on May 16, 2016 with an area of ​​372,971 hectares in Koh Nhek and Pech Chreada districts.

He added that there are 11 headquarters, including a training headquarters, 19 park rangers, 26 patrol officers, 6 boats, 36 motorcycles and 4 radios. Rangers cracked down on numerous cases and sent suspects to provincial court
for prosecution.

He said that in 2021, dozens of crimes were cracked down by park rangers, including hunting, trapping and deforestation. So far, 13 people have been arrested and cases filed with the court.

The 3 Best Installment Loan Apps to Get You Started