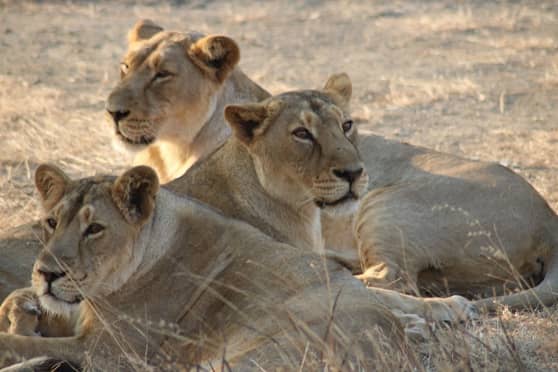 The school held a session with Ravi Chellam, wildlife biologist and conservation scientist, on ‘conservation of endangered species’

The most engaging discussion centered on the relocation of some Asiatic lions from Gir Forest to Kuno Wildlife Sanctuary in Madhya Pradesh to create a second home for them.

Griffins International School (GIS) Kharagpur recently hosted a virtual interactive session with renowned wildlife biologist and conservation scientist, Ravi Chellam, CEO, Metastring Foundation and member of Biodiversity Collaborative, on the topic “Conservation of Threatened Species”. The session focused on the dangers of extinction in the wild due to human action and the importance of wildlife conservation.

During the session, Chellam, who had also served as an expert advisor to the Amicus Curiae of the Forest Bench of the Supreme Court of India, spoke about endangered species, explained the importance of conservation and explained how these endangered species need to be collaborative and collective. participation of scientists, government and all to create a balanced ecosystem. In particular, he urged students to participate in raising awareness of biodiversity and ecological balance. In his deliberation, he explicitly focused on the great Indian bustard, sea turtles, freshwater gharials and the Asiatic lion.

The most engaging discussion focused on the translocation of some Asiatic lions from Gir forest to Kuno Wildlife Sanctuary in Madhya Pradesh to create a second home to protect it from extinction due to any disasters especially diseases . The students were made aware of the April 2013 Supreme Court order in favor of the translocation of some lions to protect the species.

During the session, Abishek Kumar Yadav, Academic Director of Griffins International School, confirmed that the school will actively participate in the Asian lion conservation movement. The GIS as a school would engage in sincere communication with the PMO to give it momentum.

Chellam highlighted Rachel Carson’s words saying, “In nature, nothing exists on its own, and I urge students to think and reflect on human action. We adults often think that human beings are beyond nature or outside of nature. But without nature, human beings would not exist. The pandemic has in many ways given us a good lesson to understand the fact that we must learn to work with nature, to respect it and to conserve it. Student involvement is important in wildlife conservation.