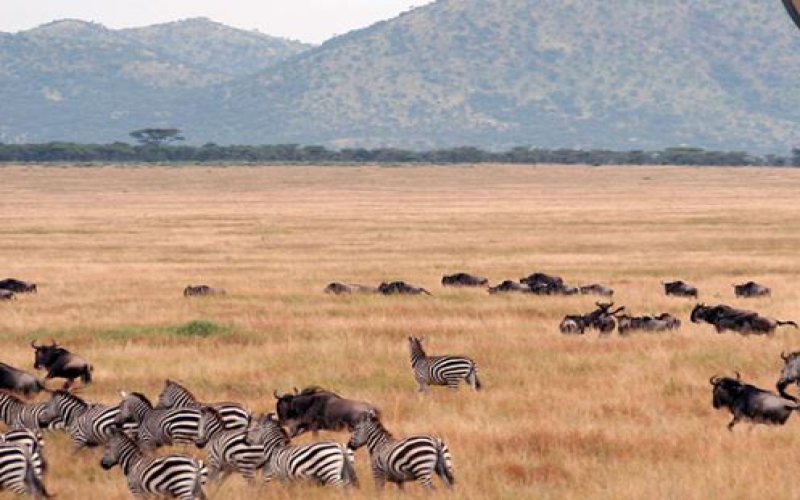 As a result, wildlife in protected areas is a major tourist attraction although it is currently suffering and even dying due to ongoing droughts! These wild animals are a magnet for tourists. They are a major contributor to the 119 billion shillings Kenya earned from foreign tourists in 2018. That is why we must do everything in our power to decisively address the pressing challenges facing our wildlife. These challenges revolve mainly around security and conservation and we can never be seen as a priority over one another.

Illegal wildlife trade is carcinogenic to animal welfare. It is part of the global environmental crime estimated to be worth nearly 27 trillion shillings per year. This money is not benefiting the millions of Kenyans who should be the main beneficiaries of the country’s wildlife. On the contrary, it ends up enriching some greedy crooks. That’s why our long-standing focus on tackling wildlife crime is definitely a step in the right direction.

However, tackling wildlife crime should not come at the expense of wildlife conservation. While security is largely the prerogative of trained security personnel, conservation ultimately depends on scientists and the communities adjacent to our protected areas. Unfortunately, many of these communities have a conflicted relationship with wildlife, thanks to conflicts between humans and wildlife. This does not have to be the case and can change drastically if the state focuses on conservation issues as it does on security issues. We must connect Kenyans to become substantial shareholders in the billions that wildlife brings to the country each year.

While the benefits of corporate social responsibility, such as building classrooms, are laudable, they are more like crumbs falling off the tourism table. What communities really need is a seat at this table. The reason why many of these community members take care of their pets like goats is because they have a financial interest in these animals. On a rainy day, they can still sell these animals to raise funds. But because they don’t have a similar interest in our wildlife, they may not feel the same sense of responsibility for caring for this wildlife.

One of the ways in which communities have gained a vested interest in wildlife is through group-owned conservatories. Interestingly, Kenya has over 160 reserves that cover over 63,600 square kilometers, 91 times the size of Nairobi County and the combined size of all wildlife protected areas. As a result, and unknown to many, there are actually more wildlife in reserves than in parks and reserves. Although the conservation model as a whole needs to be reviewed and streamlined, the conservations belonging to the group present a benefit-sharing model that can be emulated by national parks and national reserves. So I suggest that the government deliberately budget to support them. The Wildlife Management and Conservation Act already states that the people of Kenya should be the beneficiaries of the country’s wildlife. Now is the time for government and the private sector to innovatively ensure that communities become an integral part of the wildlife tourism value chain.

One way to do this is to invest in and equip communities to become world-class producers of all essentials, including the foodstuffs required by hotels located in parks and reserves. Why should a hotel in Tsavo East National Park buy fruit, vegetables or cheese from Nairobi or even Europe? If there is no world-class cheese in Voi, the county and national governments must work to establish a cheese processing plant in Voi or create an environment that is conducive to investors. Simple!

As an honorary game ranger, I know too well that once the authorities get serious we can all do more that would positively support millions of livelihoods in Kenya. Think green, act green!

– The writer is founder and president of the Green Africa Foundation. www.isaackalua.co.ke

The ugly side of wildlife tourism