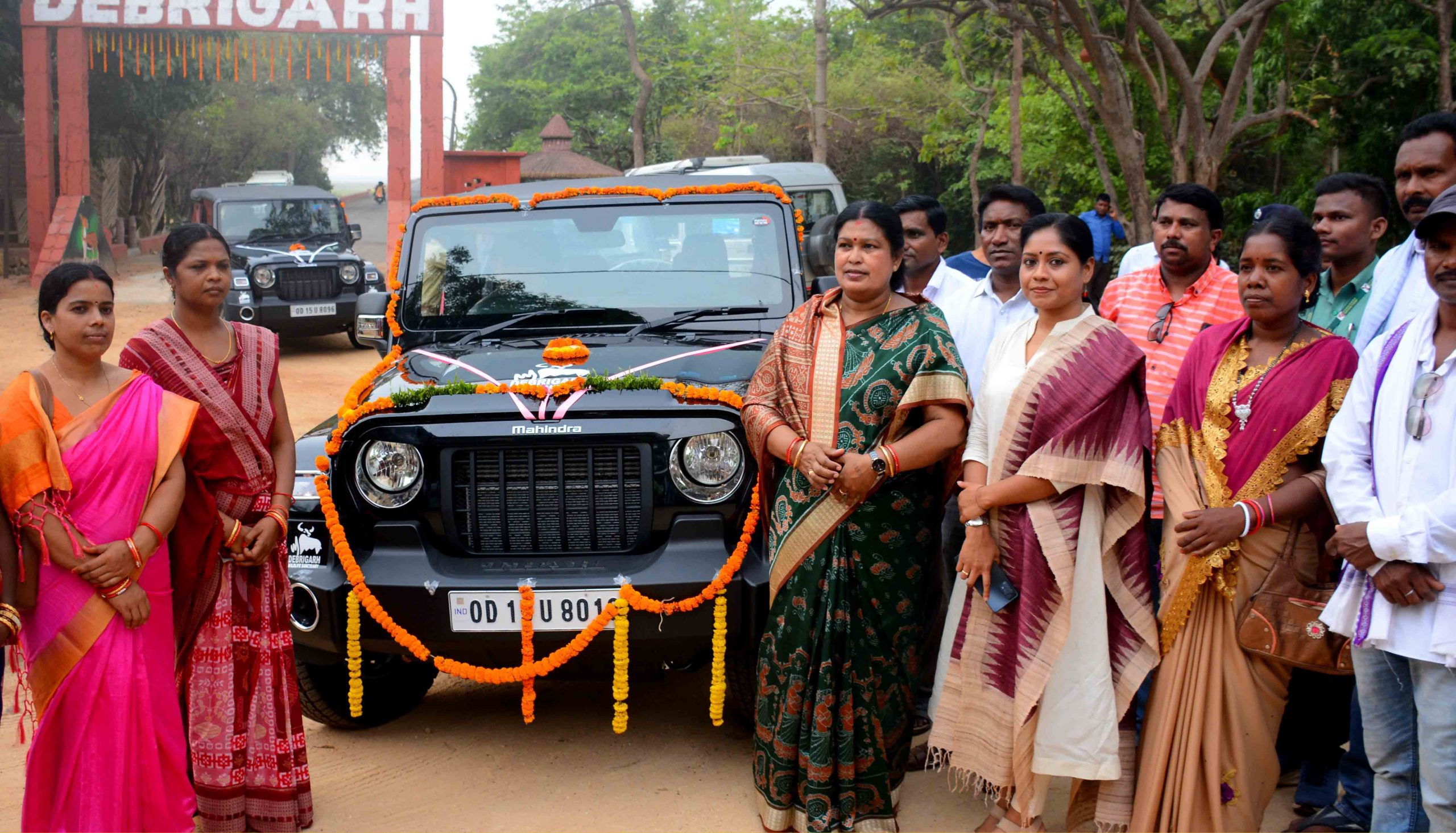 Addressing the gathering at the launch ceremony, DFO said the addition of five AC safari vehicles will give the tourist destination much needed momentum.

“Debrigarh Wildlife Sanctuary has its own identity for its rich flora and fauna. Tourists from various parts of Odisha and 25 other states like Chhattisgarh and West Bengal visit the shrine every year. Even during the Covid-19 period last year, the wildlife sanctuary recorded a visitation of 55,000 tourists. Since Covid-19 restrictions are now over, tourists should visit the sanctuary this year,” DFO said.

Of the five safari vehicles, three are four-seater Mahindra Thors while two of them are minibuses with a capacity of 12 seats each.

In yet another development, safari vehicles will now be allowed to transport tourists to Samalei Temple, Sambalpur Town (to purchase Sambalpuri hand weaving items), Deer Park, Nrusinghanath Temple in Bargarh and the temple of Kedarnath in the Barpahad range, it was declared. Previously, safari vehicles were only allowed to transport tourists within the sanctuary grounds.

Officials also said safari vehicle routes may be changed for the convenience of tourists.

All kinds of recreational facilities – dining, cycling and boating – have already been set up inside the sanctuary for tourists. Many young unemployed people from outlying villages have engaged in all these activities.

Notably, Debrigarh is home to a variety of wildlife like deer, leopards, peacocks, barking deer, sambar and wild boar.

Speaking on the occasion, Chhuria said the state government has undertaken a series of programs to promote tourism in Odisha.

“Chief Minister Naveen Patnaik has given special attention to Debrigarh Wildlife Sanctuary. With the launch of five AC safari vehicles, more tourists will visit the sanctuary,” she added.