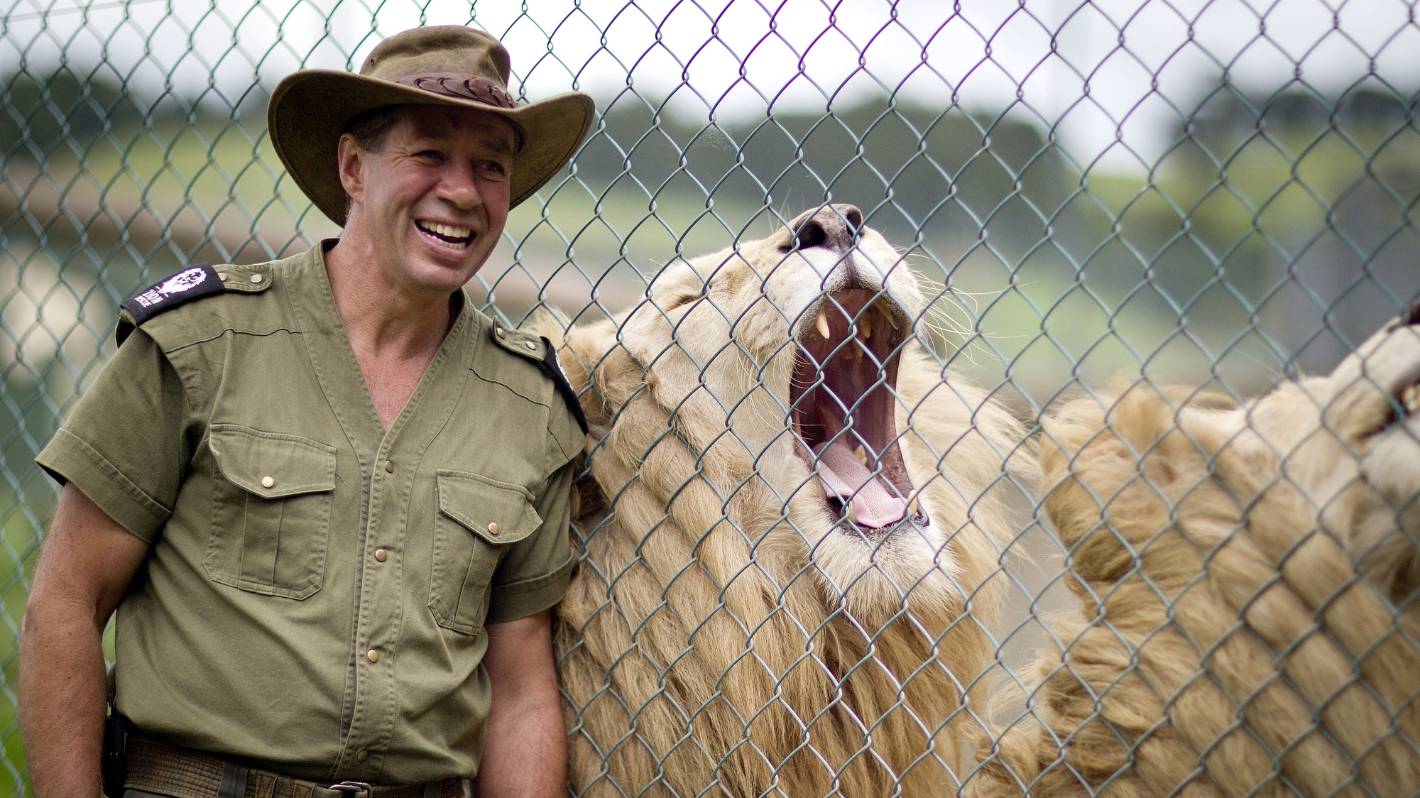 The former ‘Lion Man’ of New Zealand says he is working to ‘get [his] return of the big cats” from a sanctuary in Northland.

Craig Busch, a self-taught big cat trainer, was the founder and majority shareholder of Zion Wildlife Gardens Ltd, which was recently reborn as Kamo Wildlife Sanctuary.

Busch, who now lives on a farm called Jabula Big Cat Sanctuary, north of Johannesburg, South Africa, became well known as the Lion Man in 2004 thanks to a television series about his Northland zoo.

In 2006, Busch handed over control of the zoo to his mother Patricia Busch, and he was fired from the park two years later, leading to years of legal wrangling.

READ MORE:
* How many lions are there in captivity in New Zealand?
* Big cats at Kamo Wildlife Sanctuary receive massive gift of Christmas trees
* Zion’s Big Cat Pride is set for a public revival

In May 2008, Busch was convicted of assaulting his former partner and TV show co-star Karen Greybrook.

Her injuries included two cracked ribs, fractured vertebrae and a shattered forehead that left her bedridden for months.

Busch was ordered to pay her $8,000 in reparations.

The following year, ranger Dalu Mncube was mauled to death by a tiger in the park. The zoo later pleaded guilty to health and safety charges.

Zion Wildlife Gardens went into receivership in July 2011 and was reborn in 2012 as Kingdom of Zion, which was forced to close by the Ministry of Primary Industries until the cat enclosures were upgraded.

The park remained closed until December 2021 when it reopened as Kamo Wildlife Sanctuary, now owned by Bolton Equities.

Shortly before the sanctuary opened to the public, Busch launched a fundraising campaign to “initiate proceedings to obtain [his] cats back from New Zealand”.

In a statement, a spokesperson for Busch said the cats remaining at the sanctuary still belong to Busch and that he wanted to bring them to South Africa.

“Murray Bolton and Kamo Wildlife Sanctuary management don’t even have Craig’s permission to open the park and show the cats,” the spokesperson said.

In 2016, the South African current affairs program Flames aired allegations that he nearly killed a baby giraffe and dragged a lion through the bush while filming a segment for Animal Planet at the Jabula Big Cat Sanctuary.

Busch denied the allegations, saying he was firm with animals but did not abuse them.

The spokesperson also spoke about the death of Zion, one of the Northland Park lions.

“I would like to point out how many of his cats died, less than half of the population is still alive.”

The spokesperson said Busch had been the victim of a smear campaign.

“There is a team of people to stop Craig from earning any type of income anywhere in the world.”

“He can’t take them anywhere because of the way he declawed and crossed them,” Bolton said.

In October 2009, it was revealed that 29 of Zion’s 37 lions and tigers had been declawed during Busch’s time there.

The practice has been condemned as “barbaric” by big cat experts, but a spokesperson for Busch said it was done “in the best interests of his cats”.

Bolton didn’t believe Busch would have a leg to legally stand on to retrieve the cats.

Bolton said he had no intention of defending the allegations Busch made against him or the park.