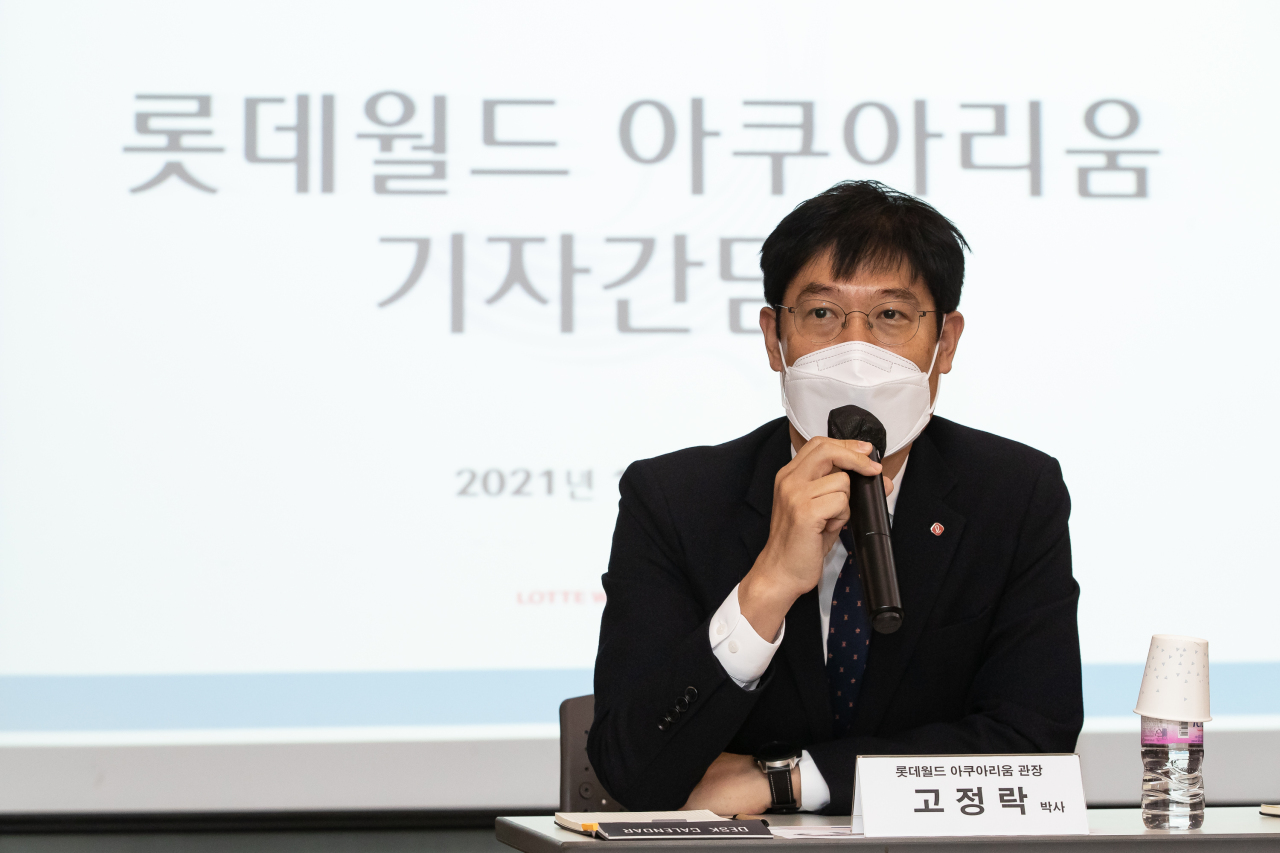 Lotte aquarium seeks to transport a beluga to a wildlife reserve

Lotte World said on Friday that it plans to send its only surviving beluga to its aquarium in a wildlife sanctuary next year with the goal of eventual release into its natural habitat.

Hotel Lotte Co.’s theme park business unit said it is in contact with a whale sanctuary in Iceland and plans to speak with sanctuaries in Russia and Canada.

Lotte World said the East Sea – the body of water between South Korea and Japan – is also believed to be a release site for “Bella”, or the last survivor of the three beluga whales.

“It is of the utmost importance that Bella stays in good health in order to survive in the wild environment,” Lotte World aquarium chief Koh Jeong-rack said at a press conference in Lotte. World, in western Seoul.

He said the 9-year-old female whale was regularly checked by medical staff from Japan, Taiwan and Russia.

The announcement came after years of criticism from wildlife and animal rights advocates that the endangered ocean creature naturally cannot live healthily in an aquarium.

Lotte World imported Bella with her two male peers from Russia in 2014 for education and study when the aquarium opened. But activists claimed the import was for profit.

Bella is currently undergoing wildlife adaptation training before being transported to a sanctuary. If the whale adapts well, it will definitely be returned to its natural habitat, Lotte World said. (Yonhap)