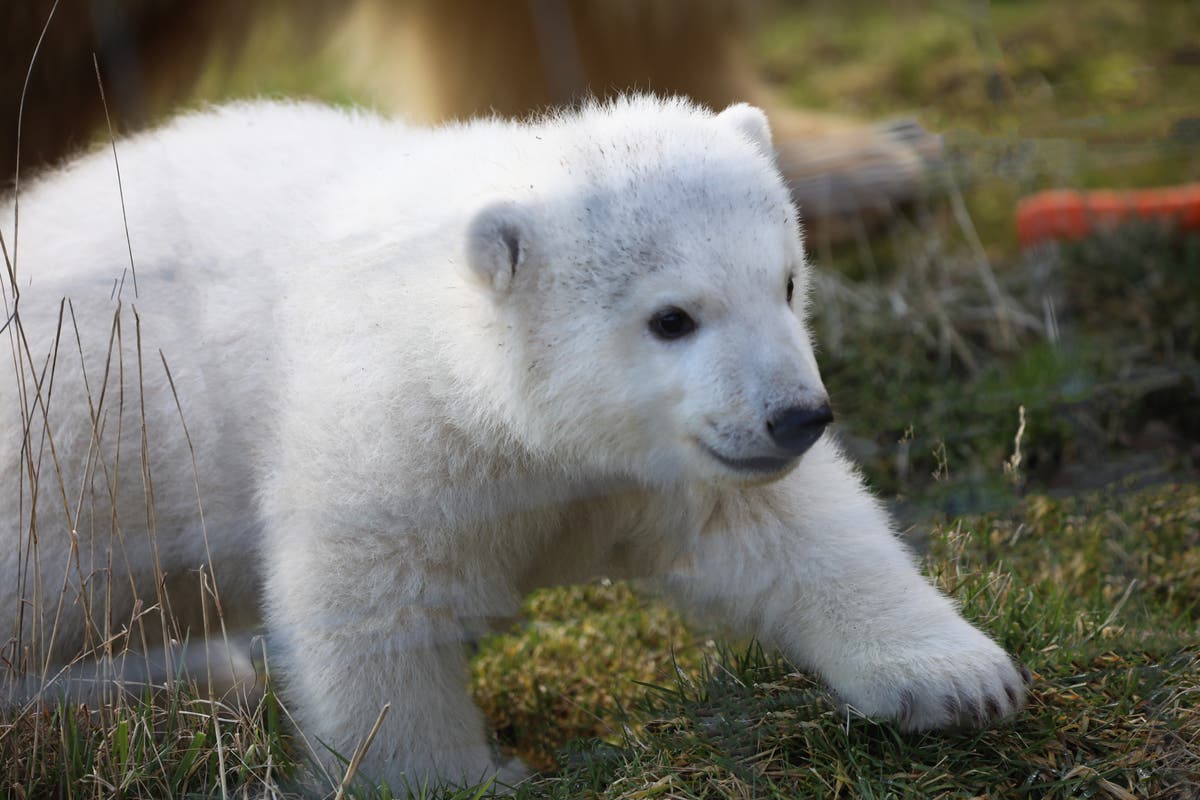 Meet Brodie: The name of the polar bear cub born at Highland Wildlife Park is revealed

A polar bear cub born in a Scottish wildlife park has been named.

Brodie, who is a Scottish word for second son, was born in December at the Royal Zoological Society of Scotland’s (RZSS) Highland Wildlife Park, near Kingussie in the Highlands.

His name was chosen by Brian Whitehead, the winner of a recent raffle organized by RZSS to raise funds for Scotland’s Wildlife Discovery Centre.

Brodie is the second cub born to parents Victoria and Arktos.

The couple previously had another male cub, Hamish, in December 2017, who was the first polar bear born in the UK in 25 years.

He was moved to Yorkshire Wildlife Park in November 2020 as part of a breeding programme.

New images of Brodie have been released to mark the announcement of his name.

It shows the little one taking its first steps outside in its enclosure.

Visits to see Brodie and his mum will open from Monday March 28, but staff have warned visits for the little one may be limited to small periods to begin with as he gets used to his enclosure.

Vickie Larkin, carnivore team leader at Highland Wildlife Park, said: ‘We are thrilled that visitors are finally seeing little Brodie and want to remind everyone to book their tickets in advance.

“He is doing very well and getting more and more confident every day.”

The raffle, which lasted two weeks, raised more than £70,000 to help the charity build the Scottish Wildlife Discovery Center in the park.

Mr Whitehead added: ‘I went with Brodie at the end because it means second son, the surname Brodie has strong ties to the area historically, it’s very Scottish.

“We can barely contain our joy as we had our first visit to the park last week, and it far exceeded our expectations.

“The next visit will be even more awesome since we can come back for the ultimate experience of meeting little Brodie.”

On average, the standard investment which is seriously paid by check can differ between $100 and $1500.