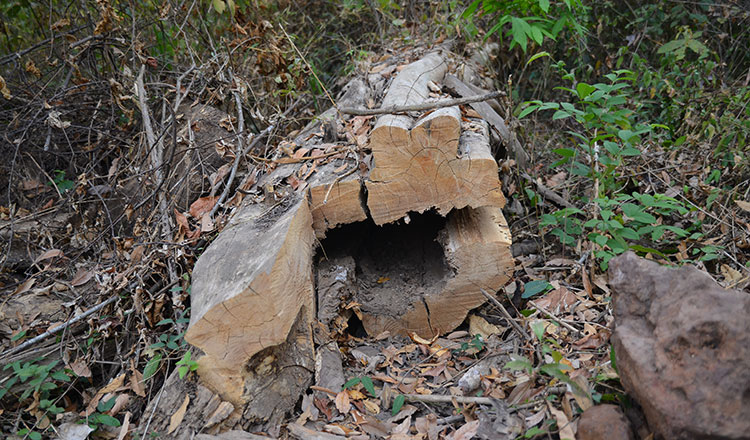 No deforestation in Prey Lang Wildlife Sanctuary as alleged, MOE

The Department of Environment has denied an allegation raised by the Prey Lang Community Network that there has been significant deforestation, including thousands of hectares in Prey Lang Wildlife Sanctuary, Stung Treng Province.

Ministry spokesperson Neth Pheaktra said that every effort has been made by the concerned authorities to prevent forest crime in the forest.

“Ministry officials go to great lengths and pains to protect and conserve all the natural resources of the forest. How much more if it’s in a protected area including the Prey Lang Wildlife Sanctuary? he added.

He said the reports and concerns of the Prey Lang Community Network do not hold water because there is not such extensive deforestation involving thousands of hectares of land and such claims are made for the benefit of their donors and do not reflect overall forest and natural resource management. .

The Prey Lang community claimed to have discovered thousands of hectares of protected and conserved forest that were cleared in the Prey Lang Wildlife Sanctuary late last year, uncovered by him and his team.

Regarding crimes against natural resources, Pheaktra added that they continue to happen on a small scale, but large scale crimes are no longer happening thanks to park rangers, relevant authorities and members of the community who carry out regular patrols and checks.

“There have been continuous patrols to prevent and suppress these illegal deforestation activities,” he said, adding that there have been 106 crackdowns in the past three months where authorities have confiscated equipment such as sawmills, imposed fines and referred five cases to court and continued education to protect and conserve the forest.

Meanwhile, Chheang Ly, a member of the Prey Lang Community Network, said yesterday that deforestation activities were happening almost every day and thousands of hectares had been logged in Prey Lang.

“Felled trees are taken in vehicles from the forest and the wood is transported to be sold to ready traders,” she added.

She claimed that felled trees are transported from the forest every day in around 20 vehicles and fears that if this does not stop, the protected forest will be cleared in no time.

Ly alleged that the culprits not only carried out illegal logging activities, but also seized state lands with the intention of occupying them and selling the protected lands to unsuspecting buyers.

Ouk Mao, a member of the Prey Lang Community Protection Network, alleged that a seven-kilometre-long and six-kilometre-wide piece of land in Anlong Chrey commune had been
destroyed by people using bulldozers.

“Authorities must act quickly, investigate and take action against those involved in these illegal activities,” Mao said.