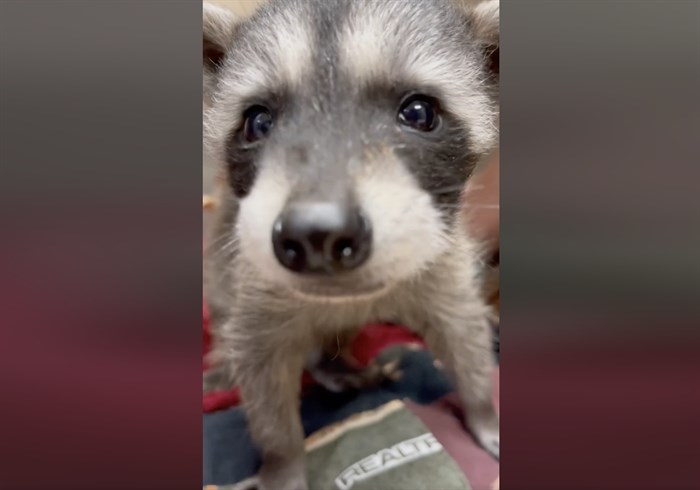 Simon is a baby raccoon who was taken to BC Wildlife Park for treatment after being found in the Kelowna area earlier this week.

The newest patient at BC Wildlife Park in Kamloops is a very young raccoon named Simon.

The raccoon kit was admitted to the animal park‘s Fawcett Family Wildlife Health Center after being found orphaned in the Kelowna area, according to a Facebook post made today, June 16, by the animal park.

“At the time of admission, his eyes were still closed and he was estimated to be approximately three weeks old and weigh only 330 grams,” Park said in the post.

Socialization is an integral part of their development, which is why stuffed animals are kept with him so he can interact with him.

“Eventually, once he is strong and independent enough, he will slowly be introduced to Chester and Beatrice, the park’s resident raccoons (wild),” the post read.


To contact a reporter for this story, email Shannon Ainslie or call 250-819-6089 or email the editor. You can also submit photos, videos or news tips to the newsroom and be entered to win a monthly prize draw.


We appreciate your comments and opinions on our stories, but play well. We will not censor or delete comments unless they contain off-topic statements or links, unnecessary vulgarity, false facts, spam or obviously fake profiles. If you have any concerns about what you see in the comments, email the editor in the link above.