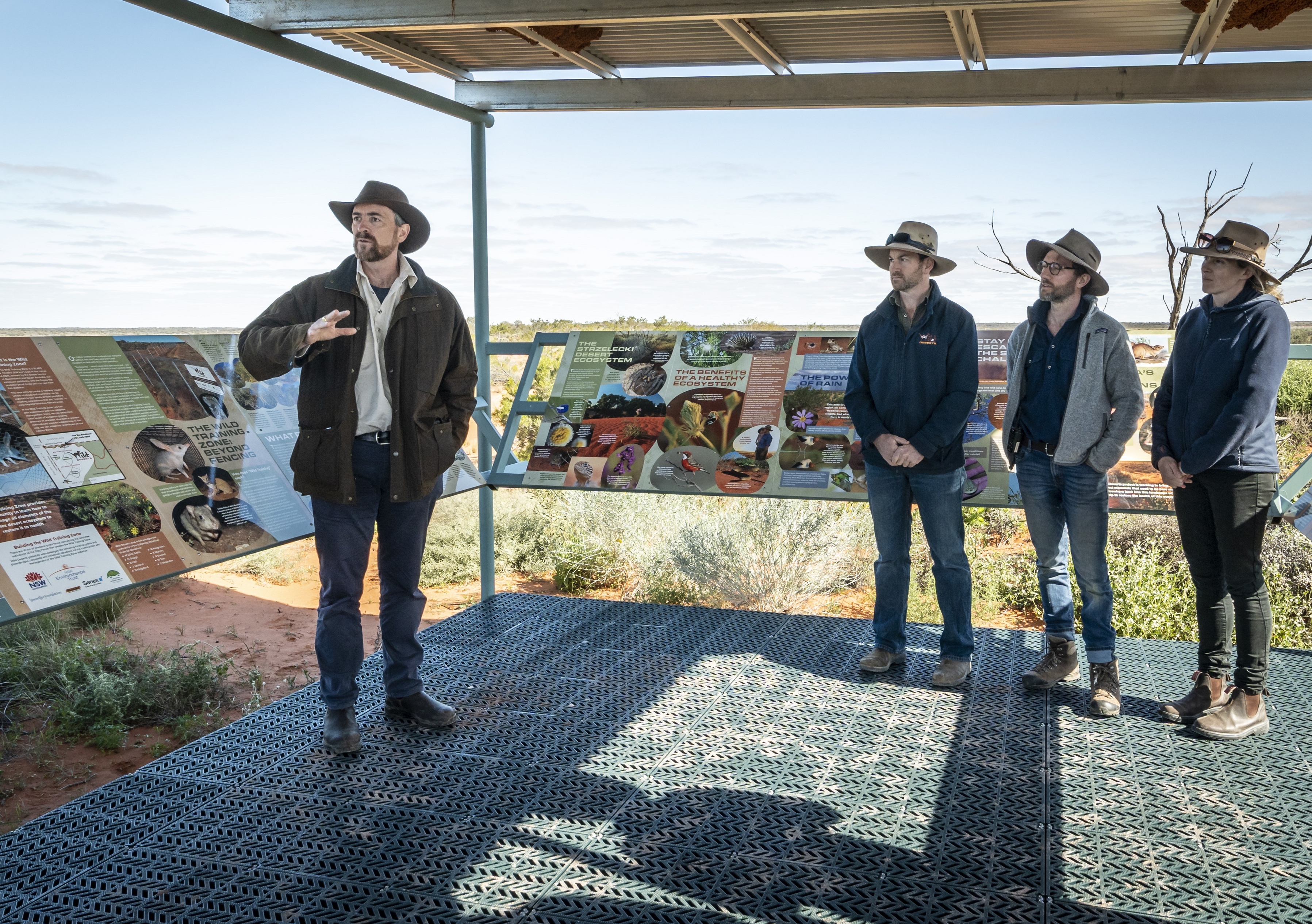 The jointly funded initiative showcases ongoing work under the Wild Deserts Consortium between UNSW and Ecological Horizons in collaboration with the NSW National Parks and Wildlife Service. The project, funded by the NSW government, is working to reintroduce locally extinct mammals and restore the desert ecosystem in Sturt National Park.

Professor Brungs said it was a great pleasure to officially open the site to the public.

“UNSW Sydney’s research and expertise underpins this important NSW Government initiative, through its involvement in the Wild Deserts Consortium, informing the conservation management and restoration of Australian ecosystems, while providing excellent opportunity to provide full information to the public,” he said. .

The area is named after the Aboriginal name for the western barred bandicoot, Talpero, once used throughout this area. The interpretive area consists of a parking lot with display panels depicting the ecology of the desert, depicting its plants, invertebrates, mammals, birds, frogs, and reptiles. It also introduces the country’s significance to First Nations peoples and early European history, including pastoralism in this national park.

Read more: NSW’s most distant family is on a mission. It could change the desert as we know it

Dr Reece Pedler, UNSW Wild Deserts Project Coordinator, said: “We have deliberately developed a comprehensive set of interpretive panels that highlight our scientific approach to the reintroduction of locally extinct mammals to Sturt National Park. In particular, we focus on the whole ecosystem, not just mammals, and how these reintroductions affect birds, reptiles and even soils.

The Talpero Lookout interpretive area features a large sculpture (approximately 2 meters high by 3 meters wide) of a western barred bandicoot, or Talpero. This species was once common before becoming extinct due to the impacts of foxes, cats and other invasive species. The sculpture is made from discarded fence wire used to create areas free from wild predators, especially foxes and cats. The creation of wildlife-free zones allows locally extinct species, such as large bilbies, to be reintroduced to Sturt National Park.

The 10-year project, from 2016 to 2026, will reintroduce seven locally extinct species that were an important part of this ecosystem more than 100 years ago. In addition to bilbies, four species have already been reintroduced to this area of ​​Sturt National Park, including crested-tailed mulgaras, Shark Bay bandicoots and, more recently, golden bandicoots.

Professor Richard Kingsford, director of the Center for Ecosystem Science and leader of the Wild Deserts Project, was particularly enthusiastic about the initiative.

Read more: A brilliant success as the golden bandicoots return to the desert

“What I really like about this interpretation area is that we present our science to the public. We want to explain how important it is to understand how these ecosystems work and to maximize our opportunities to learn and inform similar initiatives, as well as inform the public,” said Professor Kingsford.

The interpretive area was funded by UNSW Sydney and the NSW Government through the NPWS, as part of the Sturt National Park Locally Extinct Mammal Reintroduction Project. Funding for three large sculptures – the bandicoot in the interpretive area, a bilby at Cameron Corner, and a western quoll at Fort Gray Campground in Sturt National Park – was funded by the Sturt’s Steps Project, funded by NSW infrastructure as part of the Restart NSW programme.

“The NPWS team, in partnership with UNSW Wild Deserts, is making fantastic progress in Sturt National Park, reintroducing once locally extinct species such as golden bandicoots. This interpretive area is a great addition to Sturt National Park as it provides detailed explanations of why the reintroduction of mammalian species is so important for biodiversity,” said Griffin.