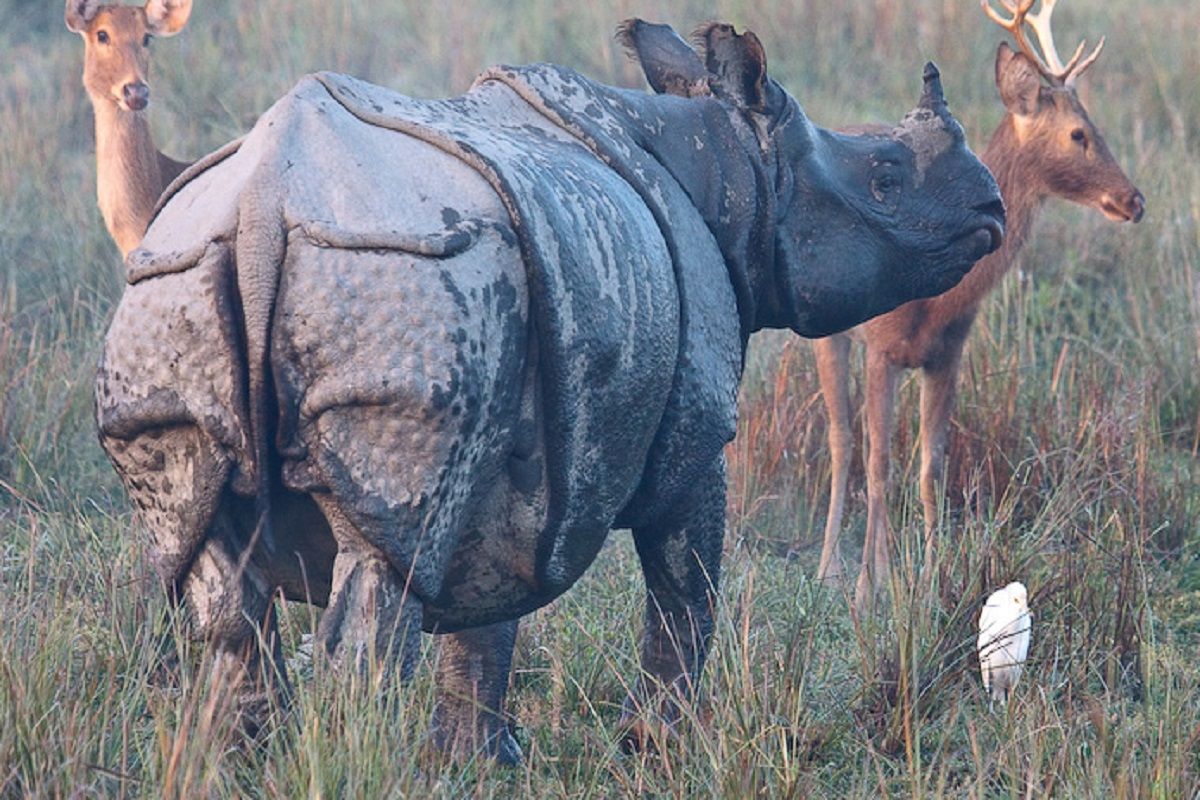 Pobitra Wildlife Sanctuary reopens: Popular for its exotic population of Indian one-horned rhinos, Pobitra Wildlife Sanctuary in Assam has reopened after a short monsoon hiatus. The park reopened in the presence of Minister of Environment and Forests Chandra Mohan Patowary and MP Jagiroad Pijush Hazarika.Read also – Traveling to Chandni Raat? In a first, THIS state will launch full moon tourism in India

The park, filled with wildlife lovers and photographers, is located in Morigaon district of Assam state, about 48 km from Guwahati. It is 1 hour drive by road through Brahmaputa river and a small part of Mayong village. Pobitora was declared a classified forest in 1971 and a wildlife reserve in 1987. Also Read – World’s first AI-supported giant swing coming to India in THIS city. From tickets to facilities, here’s what to expect

Besides rhino, other animals found here are leopard, wild boar, barking deer, wild buffalo, etc. The Pobitora Wildlife Sanctuary of Assam is also home to over 2000 migratory birds and various reptiles. It is also an important area for birds. In Pobitora Wildlife Reserve, there are now around 93 rhinos, a 10% increase over the past six years. Also Read – Kedar Tal at Sattal Lake: Fascinating Mountain Lakes in Uttarakhand You Must Visit for a Peaceful Vacation – Watch Video

SAFARI TIMES IN THE JUNGLE IN POBITRA NATIONAL PARK

You can enjoy a jungle safari at the park at the following times:

HOW TO GET TO POBITRA NATIONAL PARK?

Here is how to reach the famous rhinoceros park:

By plane: The nearest airport to Pobitora Wildlife Sanctuary is Lokpriya Gopinath Bordoloi International Airport or Guwahati Airport. The distance between the two destinations is about 70 km which takes a little over two hours. Taxis and private vehicles are readily available outside the airport.

By rail: Guwahati Railway Station is the closest railhead to Pobitora Wildlife Sanctuary, located approximately 45 km from the park.

By the road: Guwahati is easily accessible from all parts of Assam. The park can be accessed from any means of road transport.