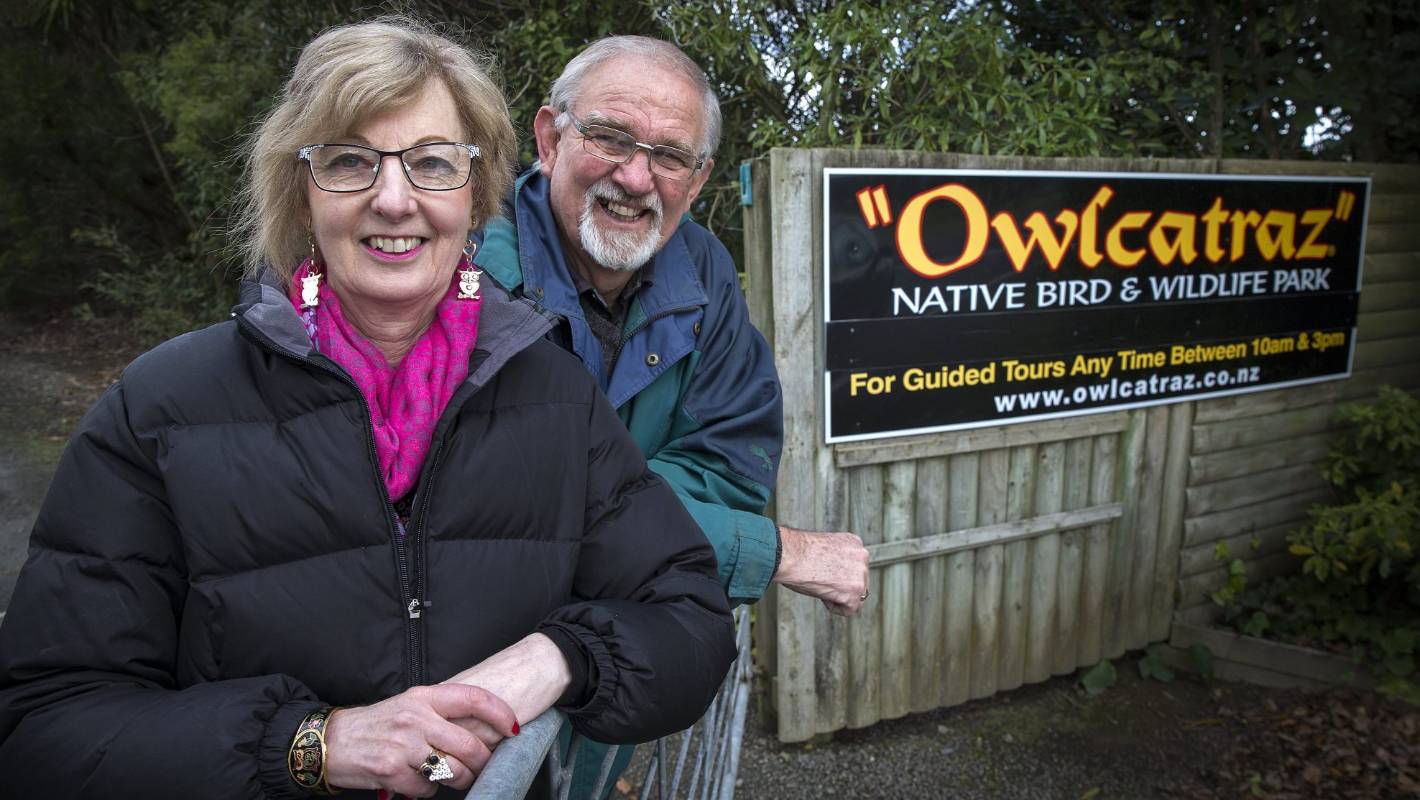 Owlcatraz owners Janette and Ross Campbell are celebrating 21 years at the helm of the Shannon business.

Owlcatraz Wildlife Park owners in Shannon are celebrating 21 years in business, but things have been tough recently for half of the husband-wife combination.

Janette Campbell, who runs the park with her husband Ross, was diagnosed with breast cancer last August.

She’s had surgery and radiation therapy, and for much of the past year the park gates were more closed than open, but that is changing as she regains her health.

“Every family you talk to – so many people have had it. It’s amazing. I’m one of the lucky ones,” she said. “I would like to urge all women – search, and if you feel anything, check it.”

READ MORE: Owlcatraz gets back on track after owner’s cancer scare

It wasn’t the only major setback for the Campbells. In 2008, a big storm caused so much damage that they closed their doors for months.

But, that did not stand up to the immense satisfaction of what they accomplished.

“We wanted to do a job where we could work together to serve the community by employing locals,” said Janette Campbell.

“We wanted to provide an environment entirely devoted to conservation … and entertainment, with the theme of the ruru because it’s a bird that people don’t really see.”

The park has successfully bred the Ruru, the morepork owl native to New Zealand, and Ross Campbell believes this is the only place that still breeds the North Island weka.

“I caught a baby owl as a child and it left a… fascination with them. They are so different from other birds and it takes a lifetime to learn more about them.”

The owls recognize the workers and form a bond, he said. “I believe … they breed here because we show them in the most natural way possible.”

In 1989, they purchased the lifestyle block on State Highway 57 and investigated the next step. They looked at options for intensive farming, then visited tourist farms in the Far North and came up with their plan.

Leaving jobs in banking and chaplaincy, they began to build and plant. What were only bare enclosures now regenerates the native bush that dominates visitors, and the Campbells estimate they have had around 1.5 million visits.

“We’ve had a lot of criticism about ‘why are you in Shannon, not on SH1.’ But we have thousands of vehicles passing our doors every day,” said Janette Campbell.

Gradually they added attractions – Big Red, the 2.8-ton bull, a glowworm cave, a German owl, farm animals, a lake with wild birds, and a miniature train.

Over the years, they’ve come through tough times – the start-up years and the 2008 storm.

Now that Janette Campbell’s health has improved, the park is open on weekends, by appointment for groups and during school holidays.

“Owlcatraz has given us the opportunity to focus on the family because you are self-employed. We have seven grandchildren and our oldest grandson Jack works for us as a tour guide.

“The strangest thing is that we will talk to visitors and say ‘have you been here before? “, and they’ll say ‘yeah, when we were little,’ and they’re going to be here with their kid, and you’re going ‘wow, have we been here so long,'” said Janette Campbell.