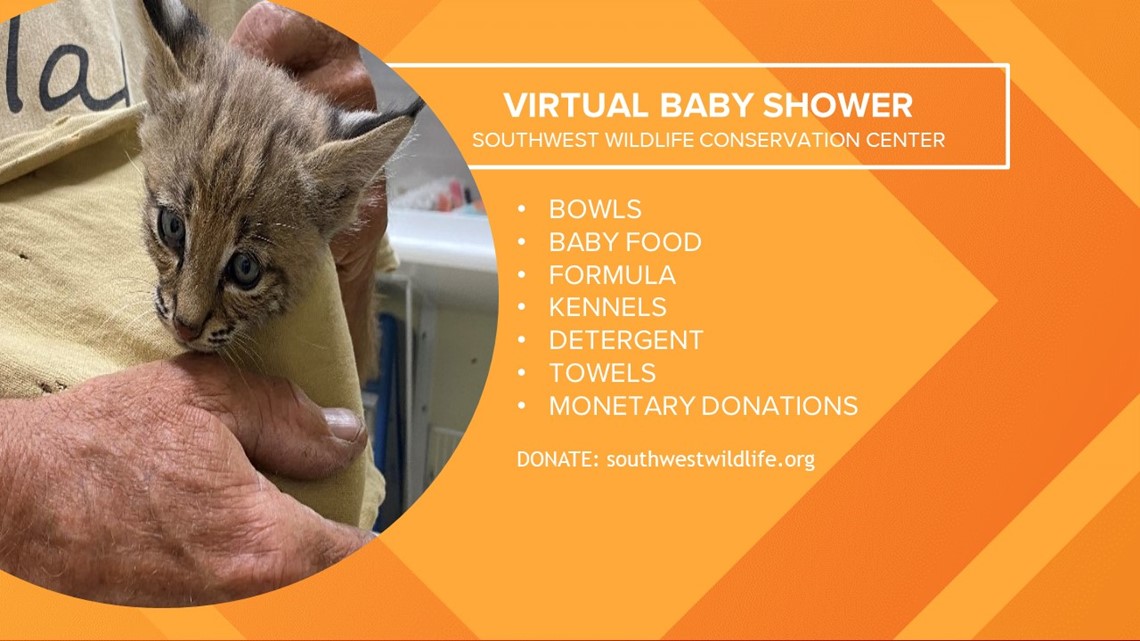 The Southwest Wildlife Conservation Center has a number of injured and orphaned babies and needs your help in taking care of them!

PHOENIX – The Southwest Wildlife Conservation Center has a number of injured babies and orphans – some haven’t even opened their eyes yet.

Now the clinic is asking for everyone’s help. And to get it, they offer an incentive by offering a virtual baby shower. To attend, just go to sudouestwildlife.org.

â€œThey can donate there. They can sign up for a visit, â€said James O’Brien, veterinary technician at the clinic. â€œThey may also be on Amazon’s wishlist, which are just supplies we need to care for these little newborns.â€

Newborn babies like an orphaned coyote that’s been abandoned and has scabies – but don’t worry, he should get his hair back soon. Your money and gifts could also be used to help kittens, uh, mountain lion kittens.

O’Brien said the idea for the virtual baby shower â€œwas our education department. They invented this to let the audience see what we’re doing with these little guys. ”

The hope is that all animals will be released back into the wild.

â€œThat’s the main focus of everything,â€ O’Brien explained. “We only want to keep them here if something has happened to them that they cannot survive in the wild.”

The sanctuary began about a quarter of a century ago with a single wolf. Since then, it has grown into a facility used to care for all types of wildlife in the state and country. The establishment operates only on private donations.