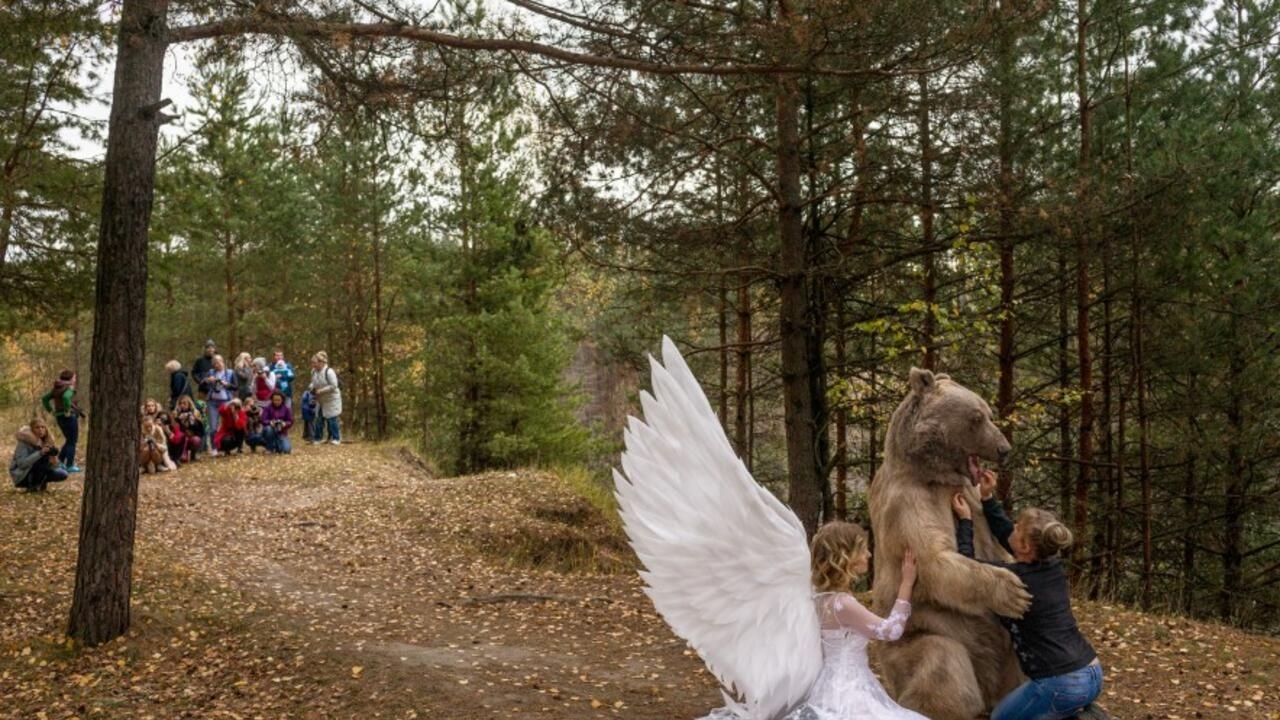 The bad side of animal tourism

Animals and “selfies” are perhaps the two most common types of photos on social media. So it’s perhaps no surprise that animal selfies are now a growing industry – an industry where animals are often abused. Photographer Kirsten Luce recently explored the trend in her exhibit The Dark Side of Wildlife Tourism at the Visa pour l’image photojournalism festival in Perpignan in the south of France.

With the growing popularity of Instagram and the “selfie”, the search for the ultimate photo has come.

People even died try to get the ultimate photo.

Today, a growing industry providing access to animals in wildlife sanctuaries is becoming the latest trend on social media.

“Without a doubt, the demand for this type of photo, to sit next to a wild animal and have your photo taken, has increased exponentially because of social media,” says Kirsten luce, an American photographer whose work previously focused on Latin American migrants in the state of Texas.

While working on a project in Brazil, Peru and Colombia on the rise of selfie tourism, Luce realized how much of a problem this was.

She felt that more research was needed and decided, with her reporter, to focus on Thailand and Russia.

“We were looking for where the native species were exploited for the entertainment of tourists,” explains Luce on the sidelines of her exhibition at the Visa pour l’image photojournalism festival in Perpignan.

“In Thailand, everyone is looking for an experience with Asian elephants. They also have a lot of experiences with tigers, so it was an obvious choice.

“Since we had looked at a lot of tropical places before, we wanted something different in tone and texture. In Russia, we found that traveling marine mammals are exploited in large numbers, as are bears and even polar bears. “

It is a subject which strikes hard through its raw images.

Many people at the exhibit took the time to talk to Luce about what she saw and how they can help her.

“With a project like wildlife tourism, I think that because people have never really seen the subject raised, they universally react by condemning it,” she says.

“I have never produced a body of work that has elicited such an emotional response from virtually everyone. Everyone wants to do something to stop it and I have even had people telling me, how can I stop it? you sleep at night, it must be the hardest thing to see? “

Access to elephants, tigers, bears and dolphins has not been difficult, precisely because these places are designed for the public.

But before visiting the sanctuaries, Luce and her reporter met with former trainers, vets and animal rights activists. They explained how animals were often mistreated or prepared in front of an audience to appear healthy, especially if tourists visited an “ethical” place such as those offering baths with elephants.

“The animal rights activists and trainers who had turned away from the field would give us advice and clues on what to watch out for in behavior, and also whether any teeth or claws had been removed or not,” explains the photograph.

The beauty of photography is in capturing a moment in time – and how that moment can make an instant connection with viewers.

At an elephant sanctuary in Thailand, such a photo sparked the change.

“It was clear he needed veterinary care,” Luce says of the young elephant who was kept away from the public because he had a broken leg. “They claimed they were treating him.

“We had a fixer come back several times to check it – it would be in exactly the same position. We knew the elephant was not getting the care it needed.

“This photo had a lot of movement. There was a lot of pressure, and he was eventually bought and moved to a sanctuary,” Luce says, adding that this was a rare happy ending event.

But the owner of the wildlife center has many more elephants there, and the industry at large continues to thrive, catering to consumers of wildlife.

In Russia, a booming industry kept the photographer Olga Barantseva busy, fulfilling people’s desire to pose with a big bear.

Barantseva has nearly a hundred thousand followers on Instagram.

While in Russia, Luce says she attended a workshop where 12 new photographers were trained in bear portrait art.

Stepan, the bear used in Barantseva’s photos, was a former circus bear, probably abused into submission, Luce explains, which would explain his apparent docile nature that allows him to pose with humans.

Another phenomenon that Luce experienced in Russia was the traveling dolphin shows.

“These marine mammals live and perform in inflatable tents, almost like a circus would come to town for six weeks,” she says. “These belugas and dolphins would live in reservoirs for six months.”

The traveling shows do not provide water filtering or proper medical care, which almost certainly leads to premature death, and to keep the numbers up, the fresh stock is being illegally replaced by poaching in the Black Sea, according to Luce. .