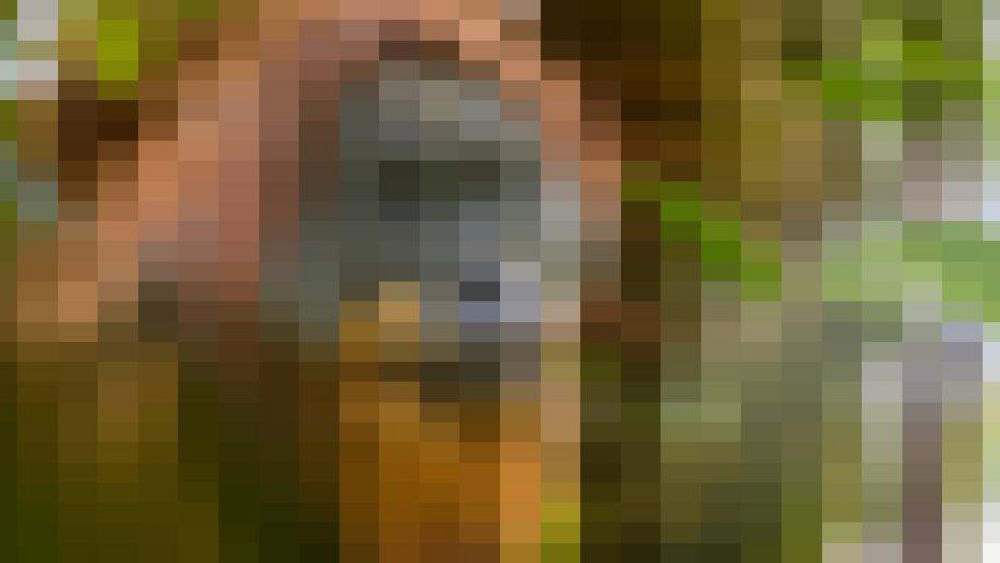 These pixelated images show the importance of wildlife conservation

These images might look a bit blurry, but it’s for good reason. Each image has been pixelated to represent the number of individuals of these species left in the wild.

They were created by conservation charity, WWF to mark World Nature Conservation Day. The day was launched in 2012 to draw attention to the global problem of wildlife trafficking.

It’s hard to estimate because dangerous international networks are committing this kind of crime, but TRAFFIC experts believe that the illegal wildlife trade is billions of euros every year.

Eradicating wildlife crime is vitally important as it threatens some of the world’s most endangered species.

See if you can identify the animal before you swipe to reveal them.

According to WWF, there are only about 3,900 tigers left in the wild. The organization claims that more than 95% of the world’s tiger population has been extinct since the turn of the 20th century.

They are threatened because their habitats are shrinking as towns, villages and towns expand. This means that they are more likely to come into contact with people and this leads to conflict.

There have been some successes with tiger conservation over the years. Culling and reduction in prey numbers had virtually wiped out the Amur or Siberian tiger at the start of the 21st century. Thanks to efforts to save them and protect their habitat, they have made a spectacular comeback in Russia.

The Amur leopard is one of the rarest cats in the world. Only a hundred individuals remain in the wild in the Russian Far East. They are threatened by habitat loss due to forest fires, poaching and road construction.

Thanks to efforts to protect their habitat, the Amur leopard population is now stable and appears to be increasing. They are highly protected in Russia, and poachers can be fined up to 1.1 million rubles (12,257) or 2 years in prison for killing them. The penalties are even higher for those who poach leopards as part of an organized group.

There are two species of African rhino and black rhinos are the smallest. Poaching is the greatest threat to these animals and they must be protected from those seeking to take their horns for the illegal wildlife trade. There are now just over 5,000 individuals left in the wild.

In the early 1990s, there were even fewer black rhinos, but the numbers have steadily increased over the past 25 years. But as populations increase, loss of habitat and where these increasing numbers of rhinos will live has started to become a problem.

The Tapanuli orangutan is considered one of the most endangered great ape species in the world. There are less than 800 left in the wild. The greatest threat to this beautiful species undoubtedly comes from human activity. From hunting to the illegal wildlife trade, already declining numbers are increasingly threatened.

One of the biggest issues facing Tapanuli orangutans is habitat destruction, especially mining projects and a hydroelectric dam project in Indonesia’s North Sumatra Province. The current population is expected to face an 83 percent decline over the next 75 years without intervention.

Giant pandas have been listed as endangered for decades. There are about 1,860 animals left in the wild and that’s sort of a success. In 2016, the giant panda was downgraded from endangered to vulnerable, but WWF says there is still conservation work to be done to protect its vital bamboo habitat.

This world-famous species is categorized as ‘conservation dependent’, which means that in order for giant pandas to continue to survive in the wild, they will need continued wildlife management interventions, habitats and predator control to help protect the population.

Two isolated populations of mountain gorillas now survive in national parks in Uganda, Rwanda and the Democratic Republic of the Congo. These areas have been the scene of much human violence and gorillas have also suffered. Only 1,063 individuals remain in the wild.

Climate change is also a problem for the mountain gorilla. Not only are they losing their habitat through agriculture, illegal mining and deforestation, but as our planet warms, they have to move to higher elevations to avoid the heat. Things have improved for the species, however, as conservation efforts have allowed their numbers to stabilize. In 2008, IUCN changed its status from Critically Endangered to Endangered due to increasing gorilla populations.