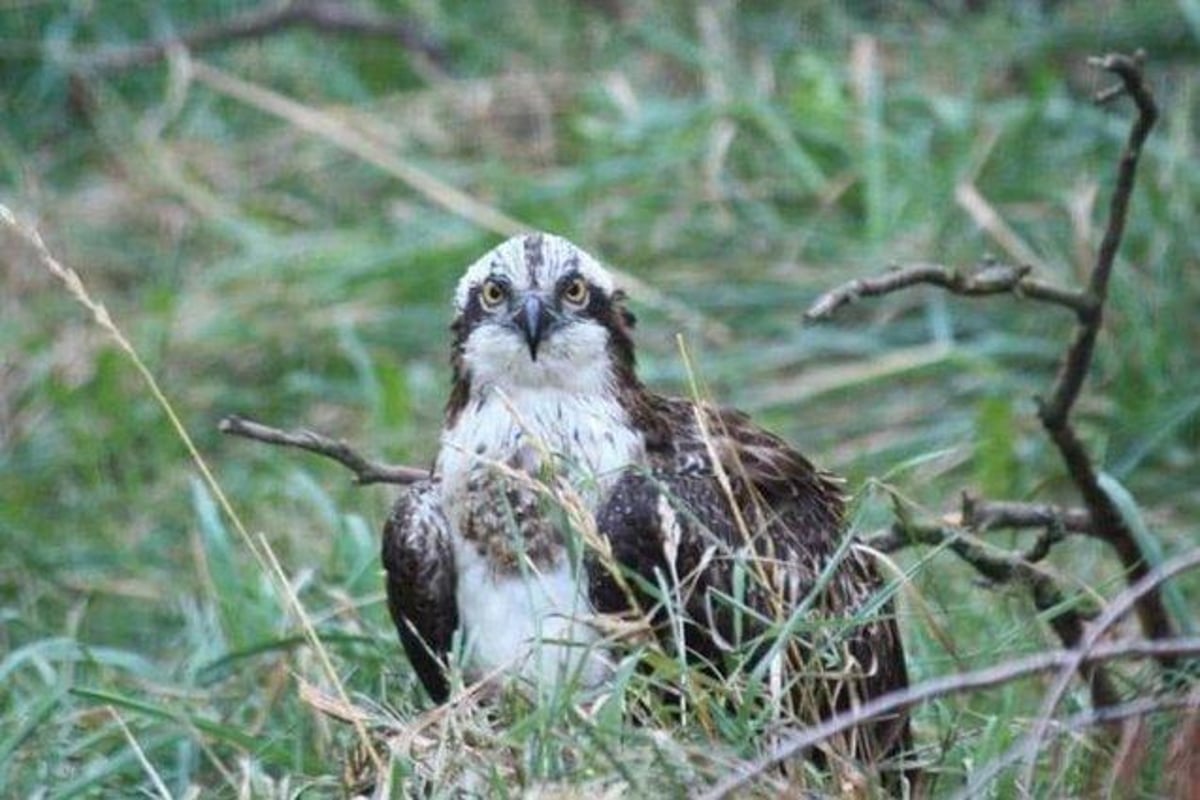 The Broomfield Farm Sanctuary in Whitby remains closed following an outbreak of bird flu which owner Alex Farmer has described as the most traumatic week of his life.

Posting on the charity’s public Facebook site, owner Alex Farmer said: ‘Our darkest days of our 13s and still getting abuse from other rescue centres.

Register to our daily newsletter

“This past week has been the most traumatic and upset I have ever experienced.

The sanctuary’s osprey is the only bird that survived the cull. He is closely watched.

“To say this experience is traumatic is an understatement. Then receiving hateful messages, texts, whatsapps and emails, not to mention seeing hateful comments on other groups and pages only adds to the trauma.

“I hope no other rescue center ever has to go through what we’ve been through here.”

False information has been circulating on the internet and Ms Farmer has spoken out to clarify the circumstances surrounding the outbreak.

“2. The APHA (Animal and Plant Heath Agency) did not stand there with guns shooting birds in the sky surrounding the charity.

“4. The decision to cull all our birds was made within 48 hours, not weeks. We were told it was the day it started. It took them 24 hours to do everything. As soon as these tests came back positive, everything happened extremely quickly.

“5. It’s not true that we turned sabs and other rescue centers away from our doors when they came to rescue birds. It just didn’t happen. It’s also not true that sabs, “vegan activists” and other relief centers offered to send hundreds of people to protest “as the killings continued for several weeks”… The only thing we got from some of these individuals is hating.

“6. Our flocks of free flying pigeons, gulls and peacocks have been left and still visit us daily for food. They have not been shot. They all continue to look good.

“Seven. We have done everything in our power to save the birds here. To say that we participated in the killing, that we invited Defra to kill, that we are murderers ourselves is cruel.

“8. We did not round up free flying birds and confine them ready to be killed by APHA.

“9. Our own charitable status never crossed our minds with that. We did everything we could to save them, through the proper legal channels. We weren’t “more worried about losing our charity status”. Our birds meant more to us than anyone outside of our charity could ever know.

10. Our volunteers were not on hand to testify. I did it alone with a family member for support.

“Some rescue centers blamed us for the bird’s death because we reported it to APHA in the first place.

“Legally, we had a duty to report suspicious poultry deaths. Failure to do so would jeopardize not only the health of all the birds in this area, but also that of our volunteers who saw birds daily, members of the general public who came and went, and our entire local community. Failure to do so is a felony and punishable by an unlimited fine on summary conviction of up to 6 months imprisonment.

“We never expected that all of our birds would be killed. After all, our wild birds appeared healthy, were separated from confirmed infected poultry, and had their own biosecurity in place.

“To be told that they were going to cull all the birds on the spot, whether they tested negative or not, whether they were in close proximity to the infected birds or not, or wherever they were housed, was a complete shock and not something any of us would have. predicted when we first reported the suspicious deaths to APHA.

“This last week has been extremely stressful, traumatic and upsetting. I appreciate the messages of love and support and I’m sorry I haven’t replied to many of you. Even talking about it last week was extremely painful.

“The only thing we could have done to prevent this tragedy was to not have allowed any birds at all during this bird flu period.

“The roosters in question that died appeared fine until they just rolled over and died. I’ve seen chickens in the same building look fine one moment then die without warning the next day. C was really quite scary.

“One of the APHAs’ concerns was that other birds on site could have been infected but were asymptomatic and the risk to human health was too great.”

“I really hope no other rescue center goes through what we’ve been through here.

“Our osprey is the only bird they spared. Her tests were negative and she is being closely monitored by the APHA.

“These birds tested positive for avian influenza and have therefore unfortunately been culled in order to limit the risk of spreading the disease to other birds and to mitigate any potential public health risk.

“Our sympathies go out to the caretaker and to all those who have animals affected by this terrible disease.”

A captive bird controlled zone (surveillance) of 3 km has been set up around the premises.

“No other birds within the 3km captive bird controlled area (surveillance) are shot by APHA officers. Only birds in infected premises were culled.

The Mayor of the Town of Whitby, Cllr Linda Wild, has donated £100 from her mayor’s allowance for the wildlife sanctuary. She said: “It’s a tragedy, I feel bad for them.”