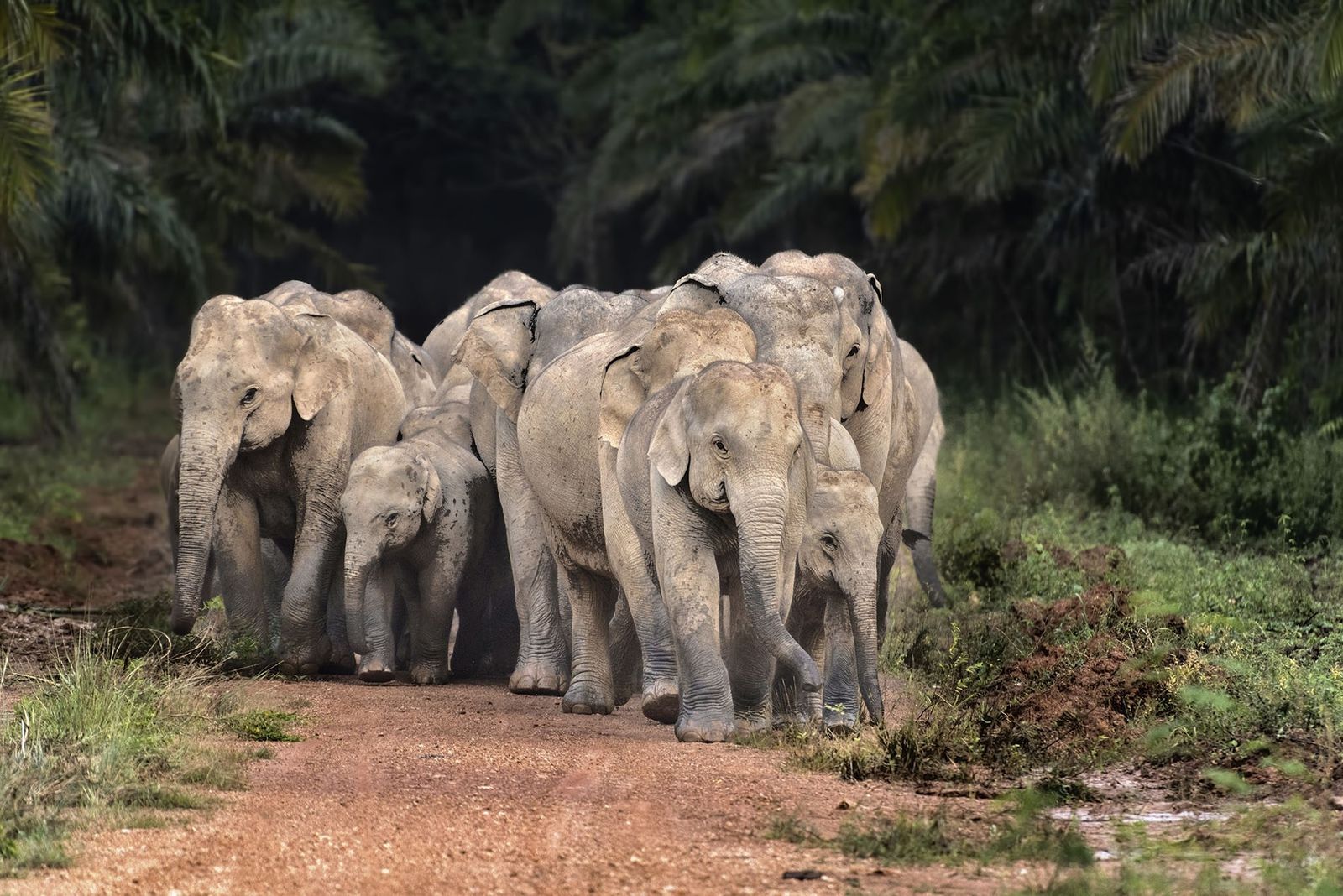 Right away, Elephant Valley Thailand felt different. The property, nestled in the forest on the outskirts of Chiang Rai, a small town in northern Thailand, was the fifth elephant attraction I had visited in a week. I had seen shows where elephants kicked soccer balls and twirled hoops. I had seen people ride on their backs and swing from their trunks. I had glanced into the stalls where the elephants return after working, where they are chained by the pegs to poles.

But Elephant Valley was calm. It was the first time this week that I saw elephants from afar. We bathed in a pond, alone. Two others were eating in the middle of a field. Wooden fences surrounded most of the fields – to keep us out, not for them, John Lee, an Elephant Valley manager, told me. This is what struck me the most: no one was allowed to touch the animals. They were elephants being elephants.

Elephant Valley Thailand, home to five elephants that previously worked in trekking camps and the logging industry, is unlike most other elephant attractions in Thailand. Many of the country’s 3,800 captive elephants live in camps that provide interactive up-close experiences that allow visitors to ride or bathe the animals or watch them perform in shows. The activities massively attract travelers from all over the world, being part of a lucrative global industry that brings together people with exotic animals for unique encounters.

This is what brought me to Thailand, a one-month stopover during a reporting trip for National Geographic magazine that took photographer Kirsten Luce and me to four continents for a year and a half. Our goal was simple: to observe the animals that entertain us and the people who seek them. These people are you and they are me. I have a photo of myself as a two-year-old perched on the back of an elephant in a zoo in my hometown of Toronto, Canada. Eight years ago, on my honeymoon, I went swimming with captive manta rays in Mexico. But seven years later, in reporting the story, I found myself watching a group of tourists pass around a baby tiger after paying a few dollars to give it a bottle of milk – and wondering if anyone others wondered why he wasn’t with his mother.

It is complicated. People love animals and naturally want to get close to them – and really want to know more about them, too. It’s a desire that is increasingly fueled by social media, where travelers instantly share their experiences. The reality that many tourists don’t see is that to stay in business, interactions with elephants – and photo ops with tigers and swimming with manta rays – rely on a constant flow of wild animals at work, who have all been captured, bred or trained. in submission.

And it’s too easy to misinterpret the signs of suffering. The captive elephants swing their trunk back and forth, almost as if they were dancing. In fact, it is a sign of psychological distress. Sloths seem to like cuddles, but their hug is really just an attempt to grab onto what appears to be a tree trunk. The dolphins seem to smile but it is the natural set of their mouths.

Travelers increasingly recognize that many animal tourist attractions may not be ethical. More and more backpackers are avoiding elephant riding.

The industry knows it. Dozens of properties in Thailand are now called â€œsanctuariesâ€. Many look a lot like Elephant Valley and are rated five stars on travel sites such as TripAdvisor. But Kirsten and I have found that unlike Elephant Valley, almost everyone offers an elephant bath for visitors who want to splash around with an elephant in a river or mud pit. Often the bath is repeated throughout the day. And only trained elephants will submit to the baths.

Jack Highwood opened Elephant Valley in 2016. The 40-acre property is his second elephant sanctuary, after a larger one he established in Cambodia. He chose to go small with the Thai shrine, installing inexpensive wooden fences and minimal infrastructure because he wanted to make the model as easy as possible for others to copy. It was peaceful, several visitors to Elephant Valley told me. As if the elephants didn’t even know they were there.

Traveling the world, I have spoken to tourists everywhere. In restaurants and inns. In aquariums and monkey shows. I would often ask people if they would rather have a close experience with an animal in captivity or observe it from afar in the wild. More often than not, they told me the latter. Yet captive dating remains extremely popular. Perhaps because animal observation is assured. Maybe because the animals seem happy, and it looks like your admission fee is going to contribute to someone’s salary. Perhaps, perhaps the most convincing of all, as it gives you a photo – of you, with an exotic animal – that can go straight to your social media feed, where likes and comments are guaranteed.

Across the Pacific, on the north coast of Oahu, Hawaii, there is a beach called Laniakea. People more commonly call it Turtle Beach, as sea turtles come ashore regularly. They will choose a place and sleep in the sun, sometimes for hours. Volunteers are there every day to keep people away from animals. When a turtle comes out of the sea, the volunteers block the space for it with a rope, giving the turtle enough space to relax in peace.

One weekday in September, I sat with dozens of tourists behind the rope and watched them observe a turtle. For the most part, the people were respectful. A few asked why they couldn’t touch. It is illegal to touch sea turtles in Hawaii, the volunteers explained. And it’s important to respect their space, they added. It is also their beach, after all.

It can be difficult for most people to differentiate between ethical and problematic wildlife experiences. There are many shades of gray. But you can follow a few simple guidelines:

– Do your research. A popular place doesn’t have to be human. Read these one and two star reviews. It is often in the pots that visitors chronicle animal welfare issues.

– Beware of buzzwords like “give back to conservation” and “rescue”. If a facility makes these promises while providing extensive interaction, it can be a red flag.

Individual actions do not happen in a vacuum. When travelers decide they want something different, the wildlife tourism market will change.