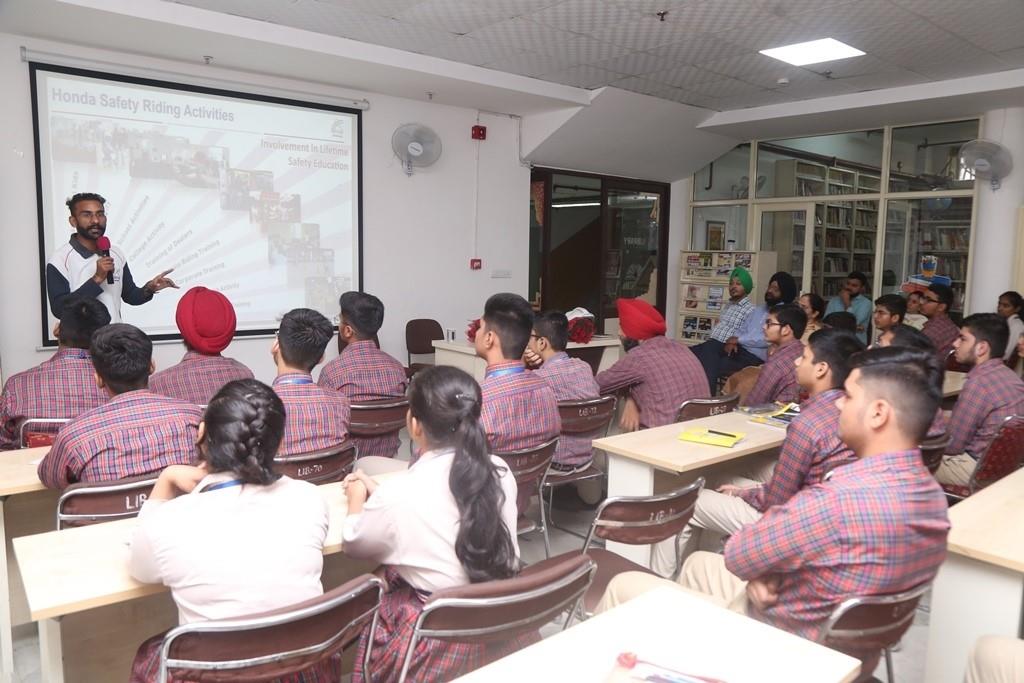 Ludhiana: Drishti Dr RC Jain Innovative Public School organized a presentation on wildlife conservation, the theme of which was: “Speak for those who cannot speak for themselves”. Class V students represented the theme in their class presentation. They threw up slogans to protect wildlife and everyone pledged to raise their voices against animal cruelty. The school’s principal, Manisha Gangwar, encouraged the students to be kind to animals and to understand their social responsibility towards wildlife conservation.

A road safety awareness seminar was held at DAV Public School, BRS Nagar. The resource persons for the seminar were Manmeet Singh (district resource person), Harminder Singh Rommy (coordinator, DEO office) and Pankaj (Honda Company). The speakers made the students aware of road safety rules and the various signs and symbols set up on the roads for everyone’s safety. Videos were also shown to students to raise awareness of the disastrous effects of road accidents. Principal JK Sidhu thanked the resource persons for their time and urged the students to follow their advice in letter and spirit.

Session on “Joys of Parenthood” held

A session on “The Joys of Parenting” was held at Ryan International School, Little Tots Playway School (Mohar Singh Nagar) to instill effective parenting in young parents. The session was led by resource person Rishabh Gambhir in which he provided solutions to everyday problems faced by parents in raising their children. The session received positive feedback from the audience.

Pupils from Nankana Sahib Public School, Gill Park, came out with flying colors in the cluster show during the inter-school GS Memorial Kids Festival. Avneet Kaur Gill and Rakshender, both students of class IX managed to win the first place. They received the first prize among a total of 17 teams from different schools. The school principal, Harmeet Kaur Waraich, congratulated the winners.

In a pinch? Here are the four loans you can get the fastest