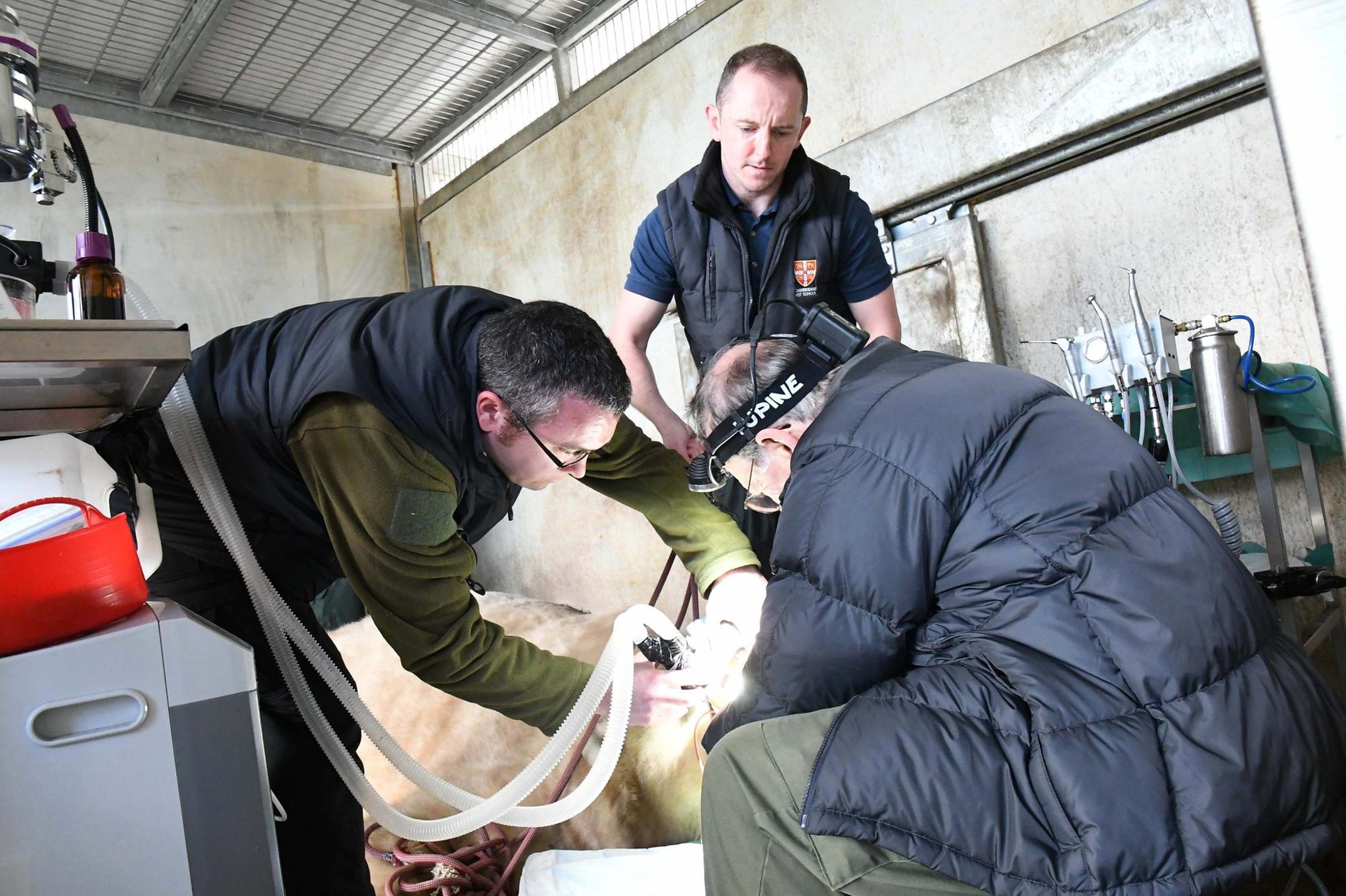 Fortunately, dentist Peter Kertesz is one of the best animal dentists in the country and 600 kilos of Sisu didn’t intimidate him at all.

Sisu was suffering from a broken tooth which can lead to serious infection and in some cases turn into an abscess. He was spotted by rangers who called for help.

Register to our daily newsletter

The newsletter mute the noise

Mr. Kertesz was accompanied by dental nurse Monika Mazurkiewicz and a veterinarian who specializes in the use of anesthetics.

He said: ‘It was wonderful that the keepers were so careful and attentive to the animals and noticed it. I was happy that we operated quickly because a broken tooth can lead to serious infection and be very painful.

“It was a standard procedure, where we cleaned out the infected root canal, which was over three inches long, and filled in the canine. We then had to construct and shape the tooth, making sure to maintain its length. Sisu will now have a perfectly functional tooth for the rest of his life.

“After the operation, Sisu got up very quickly, but he was kept in his den to fully recover.”.

Sisu lives in the original 10-acre Polar Project Reserve with Luca, Nobby, and Hamish. Next door, in the Polar 2 reserve of the four-acre project, are Flocke and her three cubs. The Yorkshire Wildlife Park is now the second largest polar bear facility in the world and the largest outside of Canada.

Polar bears are the largest carnivores on land and are listed as vulnerable on the International Union for Conservation of Nature‘s Red List of Threatened Species, due to climate change causing the loss of sea ice, limiting their ability to find food.