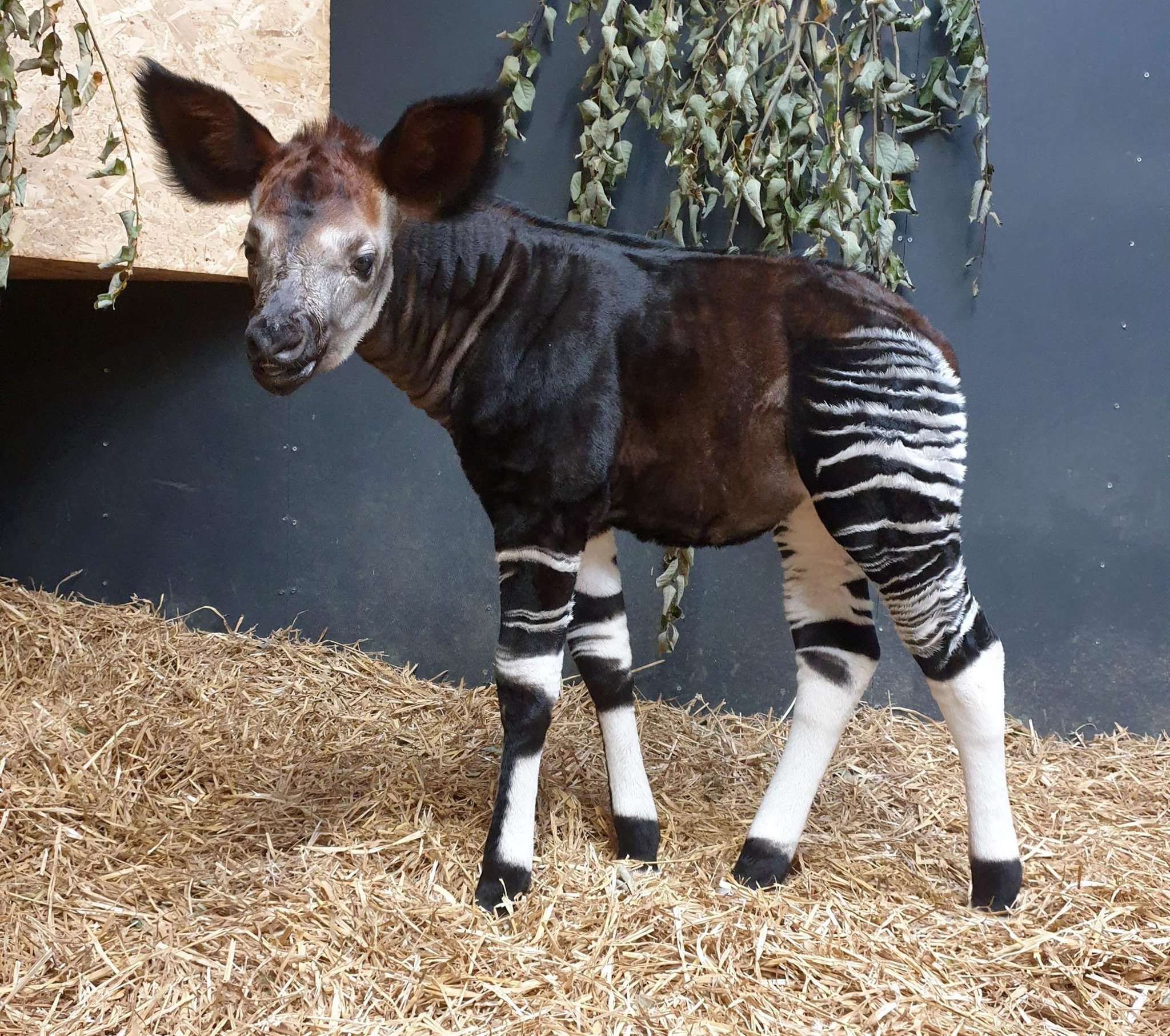 The little okapis are very vulnerable in their first few months, but little Mzimu is healthy and being kept indoors by his protective mother Ruby.

His progress so far has given the animal team at the 175-acre park in Auckley, near Doncaster, a Christmas boost.

Okapi are on the IUCN Red List of Threatened Species and Mzimu’s birth on October 30 was the first okapi calf successfully raised in the park as part of a conservation programme.

It is believed that there have only been four successful Okapi births in Europe in 2021.

Ruby and Papa Nuru arrived at the park in 2018 and are important members of the European Endangered Species Programme, and the birth of Mzimu has been hailed as a major step forward for the species.

Nuru has now moved to Marwell as part of the breeding program because her genes are so important to the program.

Mzimu and her mother Ruby at the Yorkshire Wildlife Park.

The okapi, with their distinctive markings and often known as the forest giraffe, are seriously threatened by poachers, logging, illegal mining and unrest in their native regions of the northeastern rainforests. east of the Democratic Republic of the Congo.

They can grow nearly five feet tall at the shoulder with an average length of eight feet, weigh up to 350 kilograms, and can live for up to 30 years.

Kyrie Birkett, assistant team leader, said: “We are delighted to see Mzimu doing so well as the okapi are so threatened.

“His name is Mzimu, which means ghost or spirit in Swahili because he was born a few hours before Halloween.

“He is Ruby’s first calf, so we are especially delighted that she is such a caring mother and keep our fingers crossed that he continues to develop well.

“They’re both inside at the moment and he won’t be venturing into the reserve yet.”

The park is open daily except Christmas Day.